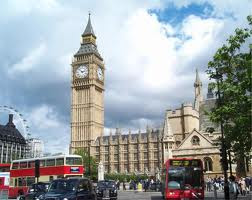 Good evening from LL towers, I've sat down to blog four times over the last couple of days and every time I did, something cropped up. That's life I guess. Before I bore you with what I've been up to I want to draw your attention to a couple of posts by Stephen Paterson, on the transition of Government funding from Eaves/Poppy to The Salvation Army, who now have the enormous task of "saving" us. Stephen writes brilliantly, in a very informed and clear manner.

There are interesting times ahead for us in Scotland too as this quote from Scot-PEP shows ;

"It was confirmed to us at Scot-PEP last week, by one of the leading abolitionists, that the intention to press ahead with the criminalisation of the purchase and sale of sex will continue in the new Parliament. With Ms. Godman’s retiral, it is not clear who will take that job on. However, we were told that it will be someone experienced and that “it” (presumably the criminalisation) “should not be a problem”.

Oh really ? We'll just see about that - I don't think many people appreciate parliamentary representatives trying to get a law passed by the back door and without a proper consultation process in situ. As usual the abolitionists under estimate the level of support that there is for clear and rational thinking, it promises to be one hell of a fight.

"I'll fight till from my bones my flesh be hacked" - one of my favourite quotes from The Scottish Play and rather apt given the promise of a fresh assault.

Speaking of assaults, last week J and I took off to the East Coast for a six day break. It was idyllic, with the sun beating down on us. In fact one of the highlights for me was when we fed some lambs their bottle, my God but they are hungry critters, I had a moment of empathy for Mother sheep everywhere. They have a vice like grip, that's all I'm saying ... ( with a wince ).

I think it's fair to say that in the normal course of events, if anyone had woken me at 8.45am to announce cheerily that we were going hill walking, there would have been a loaded silence followed by the application of an ice pack to a swollen jaw. However, circumstances being as they were, I smiled sweetly and headed for the shower. ( Apart from anything else, I was biding my time because I knew we had a fairly hefty dom session planned, heh heh. )

In a subsequent public service announcement, J extolled his virtues as a former boy scout, so with my mis-placed trust placed in his compass and map we set off. It wasn't long before we established that we were well and truly lost and the sun was heating up on a par with my temper. To cap it all, came this little beauty -

"We are not lost. As a former boy scout I can tell you there is no such thing as lost, just a constant reassessment of our position".

He does it on purpose you see, wind me up I mean. He enjoys watching the steam emanate from my ears and by the time we got to the bottom of the hill again we were knotting ourselves laughing. The break was complete with a visit to Glamis Castle and some quad biking too, it was tremendous fun and he has very kindly written me a review here ;

Tomorrow ( and against my better judgement ) I have agreed to look after two little darlings as well as my own, and I can't forsee that the Royal wedding will be sufficient entertainment for them. Tough, I want to see what the frock looks like. ( It's a girl thing ). I'll buy them off with a McDonalds - works every time.

On Saturday I'm off on my travels again, this time to the Highlands for a week, to a log cabin by a lake, fantastic. When I get back I have some time in Glasgow and then I'm off to London. I will be there on the 18th, 19th and 20th of May with Susan and the delectable Ellie Lloyd too, so if you'd like to arrange a lunchtime sandwich with a definite bite, do drop me a line. ;)

Enjoy the beautiful weather and I'll catch up with you when I get back from 'oop North.