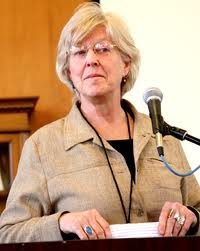 I am back at the helm after a week which involved a trip to the Highlands with one of my guys and then several days off, to allow me to catch up with studies and the important task of watching Scooby-Doo 2 with the little light of my life ( utter meadow muffin but the inclusion of Sarah Michelle Gellar made it bearable ). Tomorrow I am having a day long dalliance with a man who enjoys nothing more than complete recumbency in his outdoor hot tub, I'm shaving my legs as we speak. On Monday I'm off to bonnie Inverness with the delectable Susan and whilst there I will also have the chance to catch up with Amanda who like yours truly has survived her house move and is now back doing outcalls. We haven't quite tempted her back out on the tour circuit yet, but if nothing else I am an accomplished and very adept nag, so you never know.

The link to the article is here, hosted rather shamefully by Newsweek, rather than The National Enquirer, which is where it belongs, right next to the story about Elvis being alive and well and working on an oil rig just off the coast of Aberdeen. Strap yourselves in for this quote -

"Overall, the attitudes and habits of sex buyers reveal them as men who dehumanize and commodify women, view them with anger and contempt, lack empathy for their suffering, and relish their own ability to inflict pain and degradation."

REALLY ? The next time I have my slave bitch hog tied and gagged I'll remind him that he is lacking in empathy for my suffering.

“Prostitution can get you to think that things you may have done with a prostitute you should expect in a mutual loving relationship,” said one john who was interviewed. Such beliefs inspire anger toward other women if they don’t comply, impairing men’s ability to sustain relationships with nonprostitutes.

What rubbish. If anything, I have heard over and over again about how a visit to an escort has helped a client overcome crippling shyness or performance anxiety and in that way has enhanced both his sex life and his confidence levels.

As a psychologist, Ms. Farley should recognise that the basis for any good piece of research is complete objectivity, a significant facet of academia that seems to have passed her by. She is also one of the co-authors of the "Challenging Men’s Demand for
Prostitution in Scotland" study which was published by the Women’s Support Project in 2008. From that report comes this conclusion ;

"Once viewed as a form of violence against women stemming from sex inequality, prostitution is best understood as a transaction in which there are two roles: exploiter/predator and victim/prey. Since there is a vast power differential between the punter and the woman he buys in terms of her poverty, social status, abuse history, and often immigration status, the women (or men) who are purchased in prostitution would not be categorised as criminals because they are victims."

If Ms. Farley and her co-authors genuinely believe that all prostitutes are victims, then they haven't "best understood" prostitution at all, merely created a hypothesis with no firm attestation or supporting evidence.