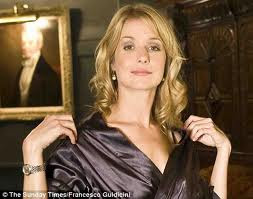 Due to circumstances beyond my control ( sigh ) I have had to cancel my London tour at short notice. Sorry but family comes first and I have some availability in Glasgow on Thursday / Friday, after that I am fully booked for the weekend.

Some time ago a sister organisation of Eaves published a paper claiming that since the introduction of lap dancing clubs in Camden, the number of reported rapes increased by 50%. Yes, 50%.
Since the publication of the original report, The Guardian published an apology and cited the real figure as 30%.

"The impact of adult entertainment on rape statistics in Camden:a re-analysis."

I've included a link for you here ; http://www.scribd.com/doc/47185652/Green-Paper-Camden-Lilith-rape-stats

How wonderful to have an academic, former sex worker highlight the flaws in the "research" and processing of information involved in the original Eaves report.

Meanwhile, Jerome Taylor published a piece in The Indie about a concerted effort on the part of the police to open a dialogue between sex workers and the police in an effort to prevent further attacks such as Bradford and Ipswich.

The link is here for you ;

It is certainly a step in the right direction, as is setting up a nationwide "Ugly Mugs " scheme, so that sex workers can share information on violent clients, but it is not enough. What we need is the decriminalisation of all sex workers so that two women may work in a flat together without fear of prosecution and if the Police really want to open the channels of communication then surely this would be a valuable first step. Rather then operate in fear of the police, sex workers should feel able to contact the police to discuss any concerns they may have, this action alone could and will save lives.

Another article in The Indie caught my eye too, based on underage prostitutes working on the streets in terror of pimps -

Most evenings two or three gutsy women board a minibus. They drive around the local red-light spots – streets frequented by prostitutes, the town centre, parks and seedy bed & breakfasts. They are looking for trouble or at least the potential for it: children vulnerable to sexual exploitation.

"If we see a 13-year-old girl with a can of beer on the streets or in a park at 10.30 at night, we stop," says Wendy Shepherd, the leader of the teams of specialist workers at the child sexual exploitation unit of children's charity Barnardo's in the North-east of England.

Sometimes they confront the pimps. They can be faced with harrowing situations such as the aftermath of sexual assaults. They work into the early hours.

Whilst I absolutely applaud the actions of the women concerned, it should not be their role to confront the pimps and deal with the aftermath of what amounts to sexual assault of a minor. Where are the police ? How about, instead of raiding working flats where there are ladies working of their own volition and who ( shock - horror ) really enjoy their work, the police concentrate their efforts on the vulnerable, the weak, those who are too scared to do anything to change their lives ? 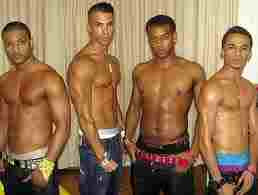 Six sleeps until London !! I cannot wait, my diary is looking good and I will also have the chance to meet up with some other lovely ladies too.

Meanwhile, tonight I am in Newcastle chilling out after a busy day. Since I last blogged I've been in Belfast and Carlisle working away leaving a trail of grinning men in my wake. One of the lovely gents I met in Belfast has written me a review, thank you, I enjoyed myself immensely too, in case you hadn't noticed like. ;)

The hotel is bouncing with over excited pre-pubescents because JLS were playing in Newcastle tonight. Actually, had I known I could have organised tickets for myself and Spandex too, I mean have you SEEN Marvin and THAT six pack ? ( To my older readers, I apologise - it's a boy band and as the proud Mother of a nine year old one needs to keep up to speed with the lastest "hotties". That's my excuse anyway and I'm sticking to it.) So here I sit, with a large coffee and a dollop of cream on top that was just made to be licked off a lady, and have I had a call from the management team of afore mentioned boy band ? Have I feckery. :(

My tour schedule has been pretty heavy going and I have also been very busy with Glasgow bookings in the interim so the truth be told I have been a tad STRESSED. Sometimes I feel as if I'm being pulled in 8 different directions at once and I need to prioritise my roles, spending more time with l'enfant terrible and also getting some study done. With that in mind I'm taking some time out in Feb to go back to the Green Isle and spend some time with my family, there's a family do I need to attend anyway and someone has to go on "Nan watch". This involves sitting alongside my Gran to make sure she doesn't cause too much offence to any one group of people at any one time. To clarify, it's hardly appropriate when she was being told off for blatant racism by the staff of the nursing home to respond with "I have no problem with darkies, they did a splendid job on my hip". I've long wondered how much of what she says is through ignorance and how much is just pure devillment and because she enjoys watching the veins pulse in the necks of her unfortunate captive audience.

Speaking of pulsing veins, it is deer culling season. In case it hasn't become screamingly apparent over time, I am a huge animal lover so there is more chance of me entering a Carmelite convent and taking a vow of silence than there is of me arming myself with a shotgun and setting off in search of Bambi.

Now, I am a realist and I know that the deer population in Scotland is simply too large and that if they are not culled they will starve, ergo I have no problem with a trained stalker taking them out with one shot to the head. What I do object to is Tristan Smedley Smythe and his pals embarking on a weekend of shooting when the closest thing they've ever had to professional training is playing soldiers with their chums, ducking down behind hedges with water pistols in their boyhood. ( I do know of one gent who organises such weekends for the afore mentioned eegits and if it becomes apparent that they are simply trying to prove their manliness after far too many glasses of 'Bolly', then he will ensure that they are at all times doomed to failure, downwind of the stag. )

Anyway, as always I have a solution.

Take Roger Feckwit-Fontleroy and his friends and place them on a random piece of Highland land. Employ several of the most depolorable neds who have been smoking weed for so long that they have lost all sense of reality and provide them with quad bikes. Furnish the neds with the obligatory buckfast beforehand and give the "Hooray Henry's" a good head start. ( Well, everyone likes a fair fight right ? ) Then release the neds to chase the City traders and stand back and admire. Everyone's a winner, the double barrelled named boys get the thrill of a chase and a hunt, whilst the neds are temporarily taken from our ever increasing unemployment figures.