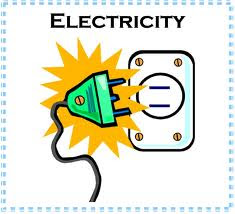 Evening all, greetings from Carlisle. Since I last blogged I've been busy having a tremendous time, most recently in Inverness with Susan and Amanda. One of my subs there did a review for me, thank you !!

Speaking of subs, we've been at it again, my Slave Bitch and I. We've been on a journey I think, exploring each other's boundaries ( as he says ) and we have finally arrived at the moment I've been dreading, electric play. Now, I'm not afraid of VERY severe domination, in fact I enjoy it, but I'll let you into a little secret, I'm petrified of electricity.

At the tender age of about 7, my Mother and I were doing the garden one afternoon when she asked me to go and unplug the lawnmower. I couldn't get the plug out so I wandered into the kitchen and got a knife to force it from the socket. There was a loud bang and I was thrown across the hall. Since then, the mere crackle of electricity is enough to have me running for the proverbial hills. So there you have it, a fearsome dominatrix ( inter alia ) who strikes fear into the hearts of grown men but would rather shave my head than try and re-wire a plug.

I mention this now because in April I am off on an extended date with said slave and my latest toy has arrived, a 'tens machine'. When applied as intended with gel,it is apparently a very effective pain relief mechanism, however, when applied with no gel and increased oomph it's enough to give a sub a perm. Some how or other I need to get over this ridiculous fear if I'm to apply it with menance rather than shaking hands. Hmmmm.

Also, my slave has set me a challenge. He has offered to buy me a handmade leather catsuit which is jolly decent of him. I, however refuse point blank to wear such a tailor made object of beauty until I have lost at least two stone, I do not want to look like a ( badly ) rolled up carpet. So, I have until the end of March before I need to submit my measurements and so far I have lost seven pounds, hurrah !! The no alcohol helps of course, but I must increase my visits to the gym. It's just not exactly inspiring when you wake to grey skies and sleet.

On a far more serious note ;

The Private Member’s Bill introduced by Trish Godman MSP, Criminalisation of the Purchase and Sale of Sex (Scotland) Bill is currently out for public consultation until the 18th February 2011.

My initial reaction on reading the so-called Consultation Paper is to ignore it simply for the reason that it is so partisan as not to be a true attempt to look at the issues with any semblance of objectivity and instead leave it to all the feminist anti-prostitution groups write in with their supporting opinions. Godman is so prejudiced that she will not be moved by any arguments that we produce, so what is the point of making a contribution at all at this stage.

The result of Godman's so called 'Consultation' will be passed to the Parliamentary draughtsmen who will produce a Bill which will be so extreme that it may so scare the MSP's as being a lunatic measure produced as a final shot by a retiring MSP and they may disassociate themselves from it completely and not even want to amend it. These MSP's can be scared into taking no action and that can be seen in their recent complete rejection of Margo Macdonald's attempt to introduce a form of legal 'euthanasia by choice' in the form of the End of Life Assistance Bill.

Apart from that there is an Election in May 2011 and somehow I doubt that there will be time for the Parliament to deal with any measures produced by Godman before then. As I understand any Bill which has not been passed by May 2011 will fall.

It seems to me that only when the Godman measures come before the Justice Committee as a Bill that our arguments should be laid against it in the same way that contributions were made to amend Section 34 of the Criminal Justice and Licensing (Scotland) Bill earlier this year.

Of course one could argue that since she is retiring in May 2011, Ms. Godman is seeking to increase her appearance fees. I couldn't possibly comment. ;)

I need to get my thinking cap on and follow up on the correspondence I have already opened with various MSP's.

"Act as if what you do makes a difference. It does."
William James

The annual UK Network of Sex Work Projects conference yesterday heard from Deputy Chief Constable Simon Byrne, of Greater Manchester Police and the ACPO Lead on Prostitution & Sexual Exploitation, about how the safety and protection of sex workers must be a key part of policing sex work and how police engagement in "Ugly Mugs" schemes and adopting a formal policy of treating crimes against sex workers as hate crime are tangible ways police forces can proactively begin to address crimes against sex workers.

Baroness Vivienne Stern, Cross Bench Peer in the House of Lords and author of the Stern review into the treatment of rape complaints, questioned the benefits of the current legal framework, speaking eloquently about the need to examine the failure of the legal system in preventing violence against people who sell sex and to give them protection and equal access to justice as a right.

The conference also heard from a range of UKNSWP member projects about their frontline work taking effective action to tackle violence and empower people who sell sex, including:

* UK-wide Ugly Mugs, a UKNSWP initiative supported by Simon Byrne, National Policing Improvement Agency, CEOP, Suzy Lamplugh Trust, Survivors Trust, Rape Crisis, Terence Higgins Trust and the International Union of Sex Workers, amongst others. The scheme would enable the sharing of information about violent offenders, robbers and others who commit crimes against people in the sex industry. The scheme would dramatically increase the number of violent offenders who are prosecuted and it is police opinion that more prosecutions would succeed.
* Terrence Higgins Trust and the Working Mens’ Project (St Mary’s Hospital, Paddington) on the under-reporting of rape and sexual assault by men who sell sex.
* Dr Nick Mai of London Metropolitan University on the complex relationships that underpin migration and exploitation.
* Georgina Perry from Open Doors, a service which covers three of the host boroughs for the 2012 Games, described the harmful impact of increased enforcement in the run up to the Games and her service’ efforts to encourage migrant sex workers to report crimes against them to the police, access support for victims of sexual offences and other crime and make them aware that they are entitled to the protection of the law via a multi-lingual DVD; one Newham sex worker, having contacted the police to avert a violent incident, was told by uniformed officers “don’t bother to call again”.
* Luan Grugeon on the holistic service provisions of Drugs Action in Aberdeen with drug using street sex workers with a range of health and social care needs.

Finally Dr Maggie O’Neill looked at issues of sex work , violence and citizenship and described lessons from Canada, where legal review has overturned the criminalisation of people who sell sex, valuing their safety over ineffective laws that attempted to treat sex work as only a nuisance, and failed even to solve the problems associated with prostitution on those terms.
Posted by Unknown at Sunday, February 06, 2011 2 comments: