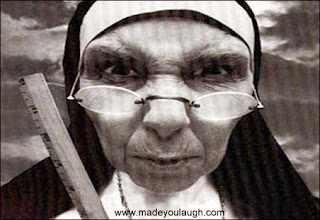 Traditionally, I start a blog with - 'Good evening and greetings from Inverness where I am chilling out with the contents of the snack machine in the foyer', or something similar. Tonight is different, I'm not chilling out, I'm raging. As an adult, I've learned that it's quite okay to rage, provided you guide that rage into an appropriate channel (in this case writing, though ideally a submissive) and provided you aim that rage at the appropriate parties, in other words, don't savage someone for another's misdemeanours. So, why am I angry ?

My regular readers will know of my disregard for the Irish Catholic Church, in particular when it comes to their interference in the exchange of sex for money between consenting adults behind closed doors. Frankly, it's none of their business. In fact, it's none of anyone's business provided there is no harm to either party. Unfortunately though, where there is the smell of funding or easy pickings, they will find a way to get involved, because as one of the most powerful institutions in the world, continued power is only possible with continued support and of course, money.

I have written in the past about the real identity of the anti-sex work group Ruhama in Ireland, that they are the same group of nuns responsible for the Magdalene Laundry atrocities and I've also written of their extensive wealth. It's there in black and white for anyone to see, they have had millions of Euros of Irish taxpayers money to support their 'cause'. What I've always found chilling is that they made money from the provision of new born infants to desperate couples, leaving devastated single mothers behind, even now you can still hear mothers and children searching for each other with very little information via popular Irish radio shows. It's heart breaking.

In the ultimate act of abhorrent, these religious groups are now targetting vulnerable children in an attempt to turn them against sex workers. Young Social Innovators are holding an event on December 20th, a "pay as you go rape" day of action to criminalise clients. Now, I could go into great depths about why sex work is not rape and we always have the right to say no, but that has been covered a great many times in the past by those far better informed than I. Rather, I'll take a personal look at it.

When I read the title and the ideology behind it, I flew off the handle, in typical fiery style - and I wanted to find out why that was. Firstly, I'm a mother and have worked very hard to raise an open minded, tolerant and non-judgemental child up into an admirable young woman, and thusfar, I believe I've succeeded. The notion of religous figures backing my daughter into a corner and wagging their fingers at her, telling her - 'BAD! DIRTY!' - fills me with an anger I find hard to express.

But it was more than that. As a student psychologist, I was interested in what button it had pressed in me, to make me react that way. Having given it considerable thought, I believe I have the answer. It's because this is what the church has always done, instil the fear of God into young children. So much so, that growing up I was so terrified of our local parish priest coming to examine our catechism that I threw up. I knew that if I failed I would at best, end up in limbo with unrepentant souls and babies who hadn't been baptised. At worst, it was straight to hell and into the flames of eternity. That might sound comical now, but when you're seven or eight years old and absolutely dreading your first confession, because everyone else just got two Hail Marys and you're certain you'll be on your knees to cleanse your black soul for a week, then that's terrifying.

But we've moved on from all of that, now, right? Well no, not really. Because essentially what these religious groups are doing now is the very same thing, the maxim of - 'Lie down with dogs, and you'll get fleas', applies to 'Support sex workers' rights, and you're essentially supporting paid rape'. That's wrong, particularly when they are telling those children that the average age of entry into the sex industry is just 12.

It's time to stop the lies, and I'm pleased to say that I have a project (in discussion) in the new year which will open a real discussion on the realities of the Irish sex trade to Joe Public, and it is my fervent hope that the discussion will remain in the public domain, without a church leader in sight.