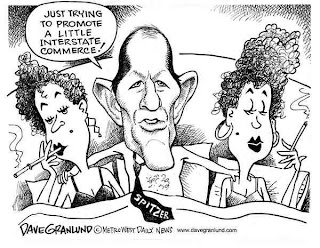 Seldom do I get annoyed by the writings of other ladies, even when I came in for criticism myself for speaking to the press. ( Apparently it was all self promotion and they mused further on who looks after my daughter when I'm away working. Dear God. )

However, one lady has got my blood boiling - Helen Wood. There is an article in today's Daily Mail, the main crux of which is as follows -

The prostitute who slept with Wayne Rooney claimed yesterday that a friend of hers is charging an MP for sex.

Helen Wood said the call girl had compromising pictures which would make it ‘very hard for him to deny anything’.

But she said the unnamed politician can ‘rest easy’ as her friend will not sell the story because she wants to maintain her privacy.

Miss Wood, 24, boasted that she had ‘many famous clients’ during her time as a working girl.

She said: ‘There is now a celebrity cast, and by no means all of them actors and footballers.’

In an article in the Spectator magazine she told how she was astonished when last month she was slapped with a gagging order by an actor who had visited her.

She said: ‘I’ve since found out that this actor has given interviews about his perfect family and fidelity.

‘So I have this advice for him: if you’re going to see escort girls, don’t brag about your squeaky-clean private life.’

Well Ms. Wood, I have this advice for you, SHUT UP.

People like you give the rest of us in this industry who really do value discretion a very bad name. There is a code of honour amongst us ladies of negotiable virtue, well, those of us who care about our reputation at any rate.

The original online call girl Belle came in for a lot of criticism for glamourising the industry ( inter alia ) but did she ever name a client ? Nope.

J and I were talking about the incident last year when he became ill and I had to call an ambulance. I had to tell the paramedics that he was one of my sub clients, simply because he was marked and otherwise they would suspect domestic abuse of some sort. The thought did occur to us afterwards that they could try and earn a penny or two by calling the scum press but as I said to him, were that to be the case I would protect him to the death, because that's what I'm paid for. Seemples.

Ironically, when I was talking to a journalist recently she put down her pad and said, "Off the record, just between you and I, who have you seen ?"

"I can tell you categorically that I've never been near Wayne Rooney and would rather starve, how's that ?"

I think she got the message. ;) 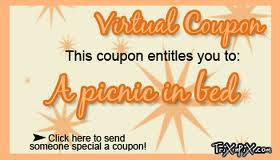 Short, spiked fringes coaxed with gel ( fae Farmfoods ) and brushed forwards to within an inch of their lives, an over powering waft of Lynx Animal and his and hers shiny tracksuits - it can only mean one thing, I'm back in Glasgow, hurrah.

I had a splendid time in London. Firstly let me say it is always a pleasure to meet a gentleman who has found me via Rhia Charles, as I know he'll have a modicum of basic manners and decorum as a minimum. This particular gent arrived at my hotel room with a bed picnic, consisting of freshly squeezed orange juice, smoked salmon, grapes and chocolate biscuits too, it was bliss, ( or as we say in Glasgow - it was pure brilliant, so it was ).

I had the opportunity to have dinner with Ellie LLoyd, Susan and Burlesque Honey and we amused ourselves by people watching. To be more specific, we were watching one particular "lady" ( and I use the term very loosely indeed ) who was gyrating around a bemused business man with such ferocity that I thought she was going to do her neck an injury with all that orgasm-mimicking flicking that was going on. We were in stitches to begin with, especially when said business man spotted us and said -

"In her defence, she IS Norwegian."

Well that finished us off I'm afraid. In the end I found myself rather annoyed that her so called "friends" didn't get her in a headlock and take her to her room to sleep off the excesses because she really was in danger of doing something dreadfully daft. Ho hum.

Tomorrow I'm off to Belfast and true to form the volcanic ash has hit us once again, just on time. Great. Hopefully Spandex and I will formulate an alternative travel plan which succeeds, otherwise I shall miss my monthly tryst. I've grown completely impervious to the bemused looks of security men now, I usually just flash them a grin.

Well, I'm sure I'm not the first woman to walk through customs with a rampant rabbit, butt plug, cat o'nine tails, handcuffs, bondage rope, lube in several flavours, nipple clamps, an egg topper, various restraints, a blindfold and two strap ons. Anyway, if anyone compromises my identity on Twitter I can always sue, I don't see why not, every other fecker is. 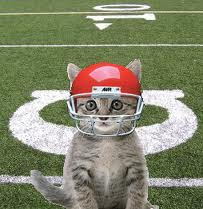 I really wish the red deer of Scotland would have an EGM.

"Listen guys, I'm not so sure about this 'standing in the middle of the road' thing. That's Kenny AND Colin we've lost this last week alone, and Heaven alone knows if Kev's antlers will ever be the same again." They could introduce some punitive measure such as having to shack up with the doe with the worst breath, for instance. Everyone's a winner, the bucks get to shine up their antlers in time for the rutting season and I don't almost roll my car around a feckin' ditch trying to dodge them on the A82 on my way back from The Highlands. *sigh*

I think it's fair to say that girl cat is not exactly known for her high intellectual ability either, which is one of the reasons I adore her. There's a wonderful Glasgow expression .... "there's a want about that cat", which just about sums her up really. Never in my life have I met a cat who will repeatedly chase her own tail, catch it, bite it, cry ... and do it again - nor have I ever met a cat who ( when I have the audacity to close my bedroom door for some 'me' time ) headbutts the door repeatedly to the amusement of my pal who remarked -

'Gonnae buy that cat a wee American footie helmet 'afore she knocks wuts left o' her brains oot.' ( I've never been one for dressing up animals but I must admit, that does sound unbearably cute. )

Since I moved into my new dwelling, boy cat has established himself in the back garden and takes great pleasure in tormenting my neighbour's Shih Tzus by doing the circumference of the garden on a high wall and waving his tail at them. It hasn't occurred to him yet that they're too busy humping anything which moves ( each other usually ), to notice or even care. Girl cat, on the other hand, managed to get out of the kitchen ( NB : not while I was here ) and has yet to return. That was two weeks ago. :(

Since then, a massive search and rescue mission has been ongoing, with various members of my family and friends roaming the streets calling her and rattling her favourite biscuit box, but to no avail. At first I thought she'd return when she was hungry, ( so within 45 minutes then ) but zilch. In the interim I have called the police, the council and the Cat's Protection League and whilst I know it's a voluntary post and to be commended, I really wish the gentleman that persons the telephone would hone his people skills, just a tad.

"Yes she is, and micro-chipped too."

"Ah well, that's good then, I haven't had a report of a CARCASS matching her description yet".

".....because you see what happens is, even if she was flattened by a car, it's the Council's job to pick up the CARCASS. The CARCASS is then transported to the depot and scanned to see if there is any owner. None of the local vets have reported a CARCASS either."

In case it hasn't become screamingly apparent over time, I adore my mogs, so to hear my beloved Foghorn Leghorn ( one of her pet names ) described as a "CARCASS" was a bit upsetting to be honest. He really did bellow it too, it must be his word of the week. It did nothing to ease my stress levels I can tell you.

My own opinion is that she has pitched up with some sweet old lady somewhere and is busy eating her out of house and home - I can see her now, opening her big green eyes and miaowing like she's never been fed, a poster child for the SSPCA. I really hope she makes it home, but as time goes by I'm starting to wonder. My misery has been compounded by my new neighbour ( a fearsome woman who resembles Popeye, but with blonde hair ), who told me of a spate of cat nappings in the area a couple of years ago, "for the greyhounds". I don't want to even think about that. :(

Onto matters more positive, I had a splendid time in The Highlands, we took a cable car up the Nevis Range and the above picture was taken there, fabulous views. From just south of Fortwilliam we took the Corran Ferry to Ardgour and drove out to Ardnamurchan. It really is a place of exceptional natural beauty and peace, lucky as we were to be able to watch some herons nesting, and to simply enjoy the glorious landscape and blazing sun. Later in the week we were booked to do some off-road driving in a Landrover Defender and once I got over my initial nerves I was driving around like Mr. Magoo with "go faster" stripes, it was a hoot.

In fact, lately I've begun to appreciate the outdoors a lot more and have recently discovered the merits of running, ( yes, really ). I don't claim for one minute to be able to run particularly fast or for long periods of time but I love it, the rush of adrenalin is fantastic and I have managed to shed a further 7 pounds whilst pounding around with my Ipod too.

As you know if you have read my inane witterings as far back as that, last year I had a rather nasty scare when I found a lump, every woman's worst nightmare, ( not to mention what my Sis went through ). So, this year myself and a group of my girl friends are doing the "Race for Life" in Glasgow on Sunday June 5th, to raise money for cancer research. I have set up a fund raising page under my nom de plume so that anyone who reads my blog may also donate to Marie Curie too, a very worthy cause. I have set my target at £500 which is very attainable I would say so dig deep people !!
If you'd like to sponsor me you can do so without giving any of your personal information through this here link -

Thank you SOOOO much in advance, I will let you know how it all goes and how much I manage to raise too.