A letter to The Irish Times 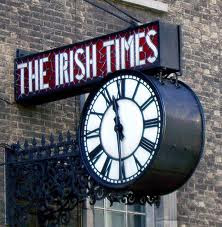 A Chara,I am an Irish sex worker of 17 years experience and although I now live in Scotland, I lived and worked in Ireland until 2003.The current consultation around paid sex is in danger of being derailed. Much of the "evidence" is badly presented and seriously skewed. One of the chief advocates for criminalising the consensual and essentially private acts we engage in is Ruhama, who have based their campaign on the following statement - "75% of all sex workers enter the industry as children". That statement is based on a study (Melrose, 2002) which had as its subjects a mere forty six women, three quarters of whom were engaged in street work. As only 10% of all sex work is conducted on the street, the 75% figure is not statistically allowable. It is being manipulated purely to create a moral panic. It is not based on fact.Some facts - 81.7% of Irish clients said they had never met an escort they suspected was being physically abused. (Irish Escort Clients Survey, 2006).Following decriminalisation in New Zealand, 93.8% of sex workers reported feeling that they had health and safety rights under the law ( Abel, Fitzgerald and Brunton 2007).In the UK, 440 sex workers were interviewed and only 7% reported that being paid meant that they handed control over to the client. 85% of the women were aged 26 and over. 32.9% of the women had degrees whilst 18% held post-graduate qualifications (Jenkins, 2009).Ireland has for many years laboured under the shame of its treatment of unmarried mothers in Magdalene laundries. It is time to stop marginalising and stigmatising sex workers who, ultimately, are inheriting identical practices.The International Union of Sex Workers campaigns for the human, civil and labour rights of those who work in the sex industry, and for policy which is based on evidence. Evidence, please.Is mise le meas,Laura LeeInternational Union of Sex Workers
Posted by Unknown at Tuesday, August 28, 2012 10 comments: 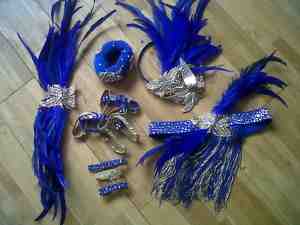 Is there any such thing as true altruism ? I ask because of late I have been studying apes, not the type to be found at the taxi rank just off Sauchiehall Street on a Friday night, but bonobos. The female of the species appease an aggressive male by having sex with him, and in doing so ensure the continuity of peace within the group. That's all very magnanimous of her, but isn't there a reciprocal benefit ? As a female I know that you can't put a price on peace and quiet and what of her own sexual pleasure ? Also, what of her own increased standing in her peer group as a peace maker ?

I ask for your opinions on altruism (and do please feel free to comment) because last weekend, I raised the level of magnanimousness to infinity, I agreed to take LP to a "dance competition" in Blackpool. If the truth be known, I was rather looking forward to it because I had never been to Blackpool before and also, I knew she would enjoy the experience because she has been training SO hard, (for which read, almost taking the cat's eye out in the living room with various contortions which would have Madonna reaching for her cod liver oil).

On arrival to the recommended hotel (which by the way, I wouldn't order a sub to stay in), we were greeted with the familiar base beat of the music which was to haunt my life and my dreams for the next 48 hours.

Every parent's worst nightmare (aside from the very obvious) must surely be your treasured child, having consumed three cans of red bull, cartwheeling across the reception area of a hotel, almost knocking the zimmer frame out from under Glenda, recently arrived back from her trip to the local bingo. Ordinarily, I would die before I would allow my little darling anywhere near red bull, but here I had to concede because this is the way it's done at "comps". The dancing that they do is high energy, high effort and in repeated rounds, so if your little treasure wants to do well, taurine it is, like it or lump it.

One gets to an age where night clubs just no longer hold any appeal, the loud music, blinding lights and having to roar at each other become tiresome, a good meal out with some laughter becomes far preferable and to be honest, the thoughts of having some gobshite try and bellow some cheesy lines at me at the bar of a noisy nightclub in an attempt to get me under his duvet just fills me with horror. GET. LOST.

So, here's where the altruism comes into play. I placed myself in a darkened function room for two days, with two hundred wild eyed little princesses, all decked from head to toe in sequins and flinging themselves around to the incessant bellow of massive speakers, HELL.

Of most curiosity were the Mothers who wondered past with a broad beam, "...you enjoying yourself ? It's a great atmosphere !!"

ARE YOU QUITE MAD ??

From time to time, I took time out to retreat to our hotel room, and in spite of my immortal terror of them, I could enjoy the sight of several large rats scampering over the bins at the back of the hotel, (told you it was a dump) mainly because I was two floors above them. I allowed myself a flight of fantasy and pictured what it must be like as a rat. I'm sure it's pretty shit overall, what with natural predators, poisons, not to mention those eejits on a "life of grime", but at least they don't have to sit and "enjoy" two days of some truly dreadful music which would drive squatters and bed bugs out, never mind hotel "guests".

So in the end, I gave up. Sod it, if you can't beat them, join them and I necked two red bulls just to join in the hysteria and see what I was missing out on. Bugger all actually, but at least it convinced LP that an early night was in order if only to stop me doing my "Ebeneezer Good" rave moves on the dance floor, mission accomplished.

In the end, when I had all but voluntarily signed myself in to the nearest secure unit where I could draw with some nice non toxic crayons all day, came the moment, that which made it all worthwhile.

She had done it and lifted a very large trophy over her head, to tumultuous applause, and screeches from her amassed completely delirious and cross eyed peers.

"Altruism" my backside, the reciprocal feeling of maternal pride was one I won't let go of for a very long time to come.

Mother of the Year

It's a very odd situation to be in really, mine I mean. Recent events have conspired to ensure that I am 95% "out", at least in my local area, but that's OK. Had I been asked how I felt about being "out" four years ago, the likelihood is you would have found me in a crumpled heap in a corner, but that's because at the time there was a very large element of a very small community determined to make sure I was "out" to all and sundry and further, to make sure that the full brunt of all that entailed in a small town was brought to bear on both myself and my daughter. How times have changed.

These days I view it as a very strong position to be in because I believe that if it's not a secret, then it can't hurt you. So my neighbours, my family and all my good friends know too, that I am a chubbier and probably narkier version of Belle. Their support and their acceptance mean a great deal to me actually, not that I'm so insecure that I would seek their support but when it comes to protecting my daughter then I will take any help that is on offer.

When we initially moved to Ayrshire some time ago, La Princess befriended a couple of little girls and at first everything was splendid although I did have one or two inner "niggles". Two of the girls concerned began to literally live at my house at weekends, ostensibly because I was a "cool" Mum, in other words I let them bake cakes in the kitchen on a Sunday and didn't have a nervous breakdown if there was some flour left on the counter. Having (at that point) never met the parents of one of the little girls though, I began to have concerns when her parents said it was perfectly OK for her to spend the night at our house and she could come back the following day, um .... whenever.

Quite obviously, I'm not a child abductor or serial killer, but they didn't know that. Again, I'm not nominating myself as "Mother of the Year", but if my heiress to the throne wanted to stay out all night then damn sure I would be down to the house to meet the parents and make sure I knew who they were and what they were about. These "sleepovers" happened on several occasions before I actually met the parents and I'm sorry, but I found that odd. Following on from that came the Sundays. I literally became the "Pied Piper" of the locality and every time I sought to go out on a Sunday with La Princess, there were two little tag alongs, kicked out of the house for the afternoon with a fiver and a "make sure you say thank you".

None of that became an issue until it became known locally who I am. Suddenly, those little girls who were kicked out of their houses routinely because their parents needed "to rest" were no longer allowed to come to my house, or hang out with my daughter. I have to tell you, that hurt. It hurt me, because I had welcomed them in with open arms when they were clearly a "nuisance" at their own homes. Stepping aside from my own feelings though, it hurt La Princess, because she couldn't understand what she had done to create such a rift, and given that I had only begun to explain to her about the nature of my job then I really couldn't explain the actions of some severely hypocritical and bigoted parents.

The good news is, since then we moved again and are now surrounded by the most wonderful, loving and accepting people, who will stand by us and support us no matter what, a position which is very much reciprocated. The irony of it all is, we still bump into those girls and indeed their parents, and it's all I can do to stop myself bawling them out on sight, but that's not who I am and it's not the values I want to instil in La Princess either.

So instead, since they know who I am and I know they read my blog then I would like to say the following -

Congratulations. Congratulations on teaching your daughters the very values I have gone out of my way to avoid as a Mother. Intolerance, bigotry, prejudice, and downright dogmatism.

Myself ? I'd rather continue to teach my daughter acceptance, assertion, self-worth and a belief that no matter who or what you come up against, let it never deter you.