Sex workers from a number of European countries including Sweden will be speaking in the House of Commons on Wednesday 26 March 2014.

Where: Committee Room 12
When: Wednesday 26 March, 6.30-8.30pm
Hosted by: John McDonnell MP
Organised by: English Collective of Prostitutes and the People’s Parliament

An All-Party Parliamentary Group recently recommended changing the prostitution laws to criminalise clients. They are doing this without even releasing any analysis of the evidence. We don’t even know how many of the respondents supported this recommendation. Claims that sex workers will be decriminalised aren’t true. ASBOs would continue to be used against any woman who didn’t “rehabilitate”; they have already massively increased women’s imprisonment.

Similar proposals have been put forward in various European countries. The meeting will hear about the impact on sex workers’ safety of increased criminalisation and the creative and determined campaigns by sex workers and supporters against these measures.

Carina Edlund, Rose Alliance, Sweden, will speak about the increased stigma and discrimination resulting from of the 1999 Swedish law which criminalised clients.
“Before even thinking of a law that criminalises men who buy sex, UK politicians should hear from Swedish sex workers like myself about how we have treated under the law. We are still criminalised if we work together in apartments, we risk losing our home if we sell sex there even if we own it, social workers treat as like children and we can even lose custody of our kids because we are seen as victims suffering from a form of self-harm who can't take care of ourselves. This law should be taken away not exported to other countries.”

Morgane Merteuil, STRASS, France – spearheading opposition to a law criminalising clients which has just been approved by the National Assembly.

Jenny O, Sex Workers Alliance of Ireland – staving off proposals to criminalise clients from groups with a history of running Magdalene laundries and imprisoning “fallen women”.

· Prof. Colin Francome -- polling the public on the criminalisation of clients

· Nicola Mann, Women Against Rape -- what is needed to improve sex workers’ safety.

Cari Mitchell from the English Collective of Prostitutes, which is organising the meeting with the People’s Parliament commented:

“The existing prostitution laws force sex workers to work in isolation and danger, so change is urgently needed. But criminalising clients will be a disaster for sex workers undermining safety and increasing stigma.

We are appalled that at a time when benefit cuts and sanctions, lowering wages, increased homelessness, and debt are forcing more women, particularly mothers, into prostitution, the best that MPs can come up with is to increase criminalisation. These proposals will further divert police time and resources from investigating rape, trafficking and other violent crimes to policing consenting sex.

Why did the APPG ignore New Zealand which decriminalised in 2003 with verifiable improvements in sex workers safety?[1] Canada’s Supreme Court threw out the prostitution laws for violating women’s right to safety.[2] This wasn’t even mentioned by the APPG.”
Posted by Unknown at Tuesday, March 25, 2014 No comments: 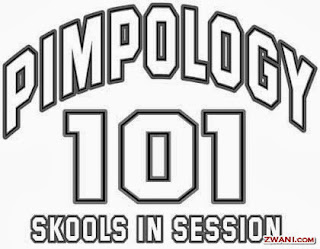 When I became a sex workers' rights campaigner, I knew that when I stuck my head above the parapet there would be consequences. I knew there would be mockery, name calling etc. but that's okay with me. I'm a very strong woman, and when I'm let off the leash I'm fierce too, especially when it comes to the rights of our so often stigmatised group.

I was ready for it all, and boy did I get it in spades. In particular, the Irish abolitionists have been hard work, and they fight dirty. I'll never prove it was them of course, but I now find myself in the middle of a tax investigation which I could really do without on top of studying, working, parenting and campaigning. I'll get through it in time, it's just tedious.

In Ireland, to have a current sex worker prepared to go on camera and talk openly about the realities of the sex trade is as rare as hen's teeth and it is a valuable media platform which must not be wasted, not for a second. By waste, I mean that nothing should stand in my way of getting the most important message across which is that my twenty years of experience are absolutely nothing like what Rachel Moran and The Magdalene Sisters (Ruhama) have been peddling, in order to continue with the sales of her book and of course their continued funding.

In her evidence to the NIA, Moran was asked to comment on my evidence as a woman who said she enjoyed the sex trade, and her response was a lofty - "We call them the pimp's union." In addition, Jim Wells and Co. alleged that I'm funded by pimps and am effectively a front for pimps, all of which is absolutely untrue.

I came to the conclusion that in order to be an effective spokesperson for sex workers, I need to stand on my own two feet and speak from my life experience without abolitionists screaming - "PIMP LOBBY", every time I open my mouth. You see, I don't mind if they shout and bawl at me, truth be known I enjoy a robust "debate". But when a constant stream of hate is propelled my way because of the actions of others, that's not fair. And since I appeared at the NIA it has been absolutely vile, with comments about my daughter "coming of age" and one man who speculated whether I had a special uncle who liked to play games in the wendy house with me - I wish I was joking. This, (he said) is the only reason he could see why I "hang out with pimps".

That was the last straw.

For those reasons I have decided to step back from the IUSW, my health and welfare and that of my daughter come before anything else. Always have, and always will. Rest assured, I'm not going anywhere, I will campaign for sex workers' rights until the day they put a tag on my toe (wonderful expression). In fact, later this month it looks like I'm off to Westminster and of course the Labour Party Women's Conference is coming up too.

All I ever needed was a level playing field, because justice and truth have always been on my side.