Octopi and Other thoughts 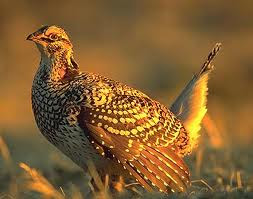 What is it about paid sex that turns your average suited and booted middle class client into a raging lunatic ? I've never been able to fathom that one. They will enter the room and do the mandatory perfunctory greeting ; "Hello darling, David. We spoke on the phone", followed by a divorcee's air kiss. As soon as the briefcase is set to one side, the cuff links are undone and the cash exchanged, "David" will undergo a metamorphosis resulting in Olly The Octopus.

( I don't expect the menfolk who read my blog to understand that analogy, just trust me, it is a very real phenomena. )

"Oh you're a dirty girl, aren't you ? Look at you there, all draped in your dirty lingerie, you're just begging for it, aren't you ?"

"Yes, but if you could get off my hair and probably stop digging your nails into my love handles that would be lovely".

Splendid stuff and all variants of delicious madness, which is why I love it.

Fabulous news: With the George square lights and skating rink about to be put on, it's that time of the year for: "Neds on Ice!" no doubt we'll see some of the best tracksuit and buckfast drinkers Glasgow has to offer. Fantastic.

Chelsea, Chardonnay and Destiny will once again adorn the ice and dazzle us all with their triple spins and Elizabeth Duke sovereign rings. I'm nominating Glasgow for City of Culture 2011 if someone else hasn't got there before me.

News : Continuing in the vein of honesty - I had a "moment" the other day and decided to telephone the governing body of the subject I'm studying. Because I'm now in year two, it would be a bit of a waste of everyone's time if I get to the end of my studies and some egg head decrees "Actually because of your dark and murky past you may not proceed".

Imagine then if you will, the face of the lady in "enquiries" when I called.

"Hello, my name is Laura. I'm a student in year two. I am also an escort. Will that be a problem on qualification do you think ?"

( I just know she couldn't wait to tell Linda in accounts. )

"Err, no, provided you meet with our professional standards."

Unfortunately, she also went on to explain that after I qualify I will need to do a three year doctorate. Oh joy. So the upshot of it all is, if I want to see this thing through to the end I will be in my early forties when I qualify. Brilliant.

I'm not sure why that has freaked me out so much, after all I could still have a 20 year career thereafter, but I had a timeframe in mind and that wasn't it. So it's heads down in prossying and in books for a longer time than I imagined, but hey ho, that's life, right ?

Finally and before I google "life coach online", I spent last weekend in York and it was fantastic. I was with Mr F on Friday night and some other chums over the weekend too. I dragged some willing "volunteers" on a ghost walk but I'm afraid the only ghosts we saw were the apparitions calling themselves "teenagers" on their way to the pub.

Game season is in full swing ( something I learnt to my detriment the other day on my way to my pal Caitlin's house - suicidal grouse a go-go ) so when we got to the restaurant in York our choices were game, pigeon, or game. Having had the opportunity to meet the fantabulous Sabrina of York, we had a chuckle when the harrassed waitress emerged from the kitchen shouting " GAME - WHO ORDERED GAME ?"

Perhaps if she'd shouted "WHO'S ON THE GAME?" it would have had a ring of veracity about it and more of a response.