A letter to the Daily Record 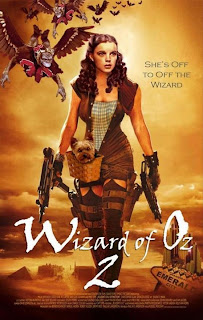 I am an independent escort/sex worker based for the most part in Glasgow. The supplement that appeared in your edition of Saturday forces me to write, because to call it mistaken and misleading is a gross understatement.

I have been working within the sex industry now for about eighteen years. I have worked in saunas, I have worked for escort agencies, and in my work as a sex workers' rights advocate I have also come into contact with many street sex workers. Indeed, as a sauna "Saturday girl" many years ago, I came into contact with a lot of street sex workers as we used the same GUM clinic. Ergo, I speak with authority on what has become my area of expertise, the sex industry.

Before I begin examining the articles themselves, let me say that I respect the press. Indeed, I work with journalists on a regular basis and have never had any cause for complaint. My desire for privacy for myself and my family has always been respected and for that I am very grateful. I understand that reporting the 'news' as it appears must be an extremely difficult role to fulfil and a challenging one too.

However, for your reporter Steve Smith to say that there were "93 potential victims of trafficking flagged up to Scottish authorities last year" is more than a little inflammatory. In Scotland, we have had one conviction for trafficking, just one. I don't feel it appropriate to conflate overall trafficking statistics with the sex industry because it's misleading and invokes moral panic.

Further, I find Steve Smith's reference to the sex industry as akin to the car trade very offensive. We are not women who are bought and sold, we are mothers, we are daughters, we are the women who do their shopping next to you in Asda. We are human.

Steve Smith's article goes on to say - 'Last year, 12 children were victims of trafficking - three were discovered working in the sex industry...' Where is the evidence for that claim? Have there been arrests or convictions? The article continues: 'Det Chief Supt Whitelock added: "We are reluctant to ever put exact figures on the number of people trafficked because the 93 referrals are only the tip of the iceberg"'. It is simply not acceptable to assume 'facts' without evidence and the statement that exact figures are not required is farcical. Of course exact figures are required. If the current proposed clamp down involved electricians rather than prostitutes then I'm certain there would be studies run by respected authorities to establish exactly how many had been electrocuted in the course of their duty rather than trying to base legislation on a throw-away remark.

Moving on to the piece by Annie Brown, she begins by saying that she once interviewed a doctor who had witnessed trafficking victims with spinal problems because of the number of times they had been raped. That is horrific. I am the mother of a little girl and to read of the woman whose little girl was taken from her when ever a punter called, only to be locked into an adjacent room to listen to her mother being raped made me feel physically sick. Were my daughter to endure anything akin to that, quite simply I would not be held accountable for my actions.

Let's have some perspective here. I have visited the saunas in Edinburgh and I have met and spoken to the women therein. These are not drug addicted desperate trafficked women, these are women trying to pay their bills in a recession. As a society, if we are looking for drug addicted desperate women then I suggest we look to the street scene, where there are women willing to risk a criminal record to pay for their next fix. Are they indicative of a sick society that has fallen prey to the evils of prostitution? No. They are indicative of a society labouring under intense poverty. Their problems do not stem from trafficking, their problems stem from drug addiction and poverty.

As a purportedly civilised society, isn't it time that we recognised the rights of sex workers ? I and many of my colleagues are registered for, and pay, tax and national insurance; is it right that in those circumstances our rights as law abiding citizens are simply pushed to one side to make way for an ill-informed 'moral' crusade ?

Never has it been more important to support the rights of those who choose to work legally for a living. Isn't that infinitely better than claiming benefits and further draining the national resource?

Labels: IUSW, Legislation, Proposal for a Bill to make it an offence to purchase sex, Rhoda Grant, SCOT-PEP, Scottish legislation