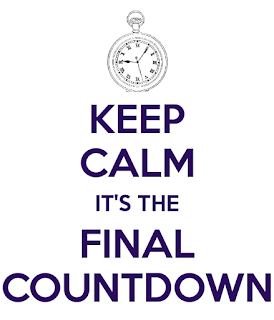 Rhoda Grant wrote a final hour article for the NewStatesman in which she seeks to undermine our position as sex workers entitled to defend our industry with facts and common sense. The link to the article is here.

It's nine days until we discover whether Ms. Grant has secured the required cross party support to bring her bill forward, criminalizing the purchase of sex in Scotland. At the time of writing, that support isn't in evidence.

The article claims that none of our current laws 'protect those who are prostituted' - but rape is an offence, as is assault and many forms of harassment. Human trafficking is also already covered by statute, although I support the proposal to implement a new law re 'aggravated trafficking'. So the laws to protect us are already in place.

As sex workers on the front line, Ms. Grant has steadfastly ignored us from the outset. We have presented statistics, personal testimony and evidence from around the world as to the damage the Swedish model would do and we have simply been told either that we are not representative or that she is in possession of (seriously flawed) evidence to suggest otherwise.

There is a further suggestion that all reports indicate that abuse is rampant within the industry. I would like to see some evidence to support such a sweeping statement. How odd, that when I have twenty years experience right through the industry that I have never encountered 'rampant abuse'. Neither have my very many colleagues. Later on, Grant herself calls for evidence to 'demonstrate that they (clients) are reporting instances of trafficking in great numbers'.

New Zealand (we are told) exists in a very different context to us and their immigration polices help to ensure that people who enter the country are protected through a buddy scheme. I'm not quite sure what different 'context' New Zealand enjoys, but we have a buddy scheme in the UK too, designed specifically for sex workers to look out for each other. Here's a link to the site for reference.

Having regard to the suggestion that Grant's proposed legislation is not flying in the face of worldwide recommendations, I quote Wendy Lyon - "Rhoda Grant is quite wrong to suggest that UN groups have only come out against criminalisation of sex workers, not of their clients. A 2012 joint report by UNAIDS, UNDP and UNFPA very explicitly opposed the criminalisation of clients and endorsed the New Zealand/New South Wales decriminalisation approach. The UN Special Rapporteur on the Right to Health, Anand Grover, has also stated that removing criminal penalties against clients makes it easier to promote responsible client sexual behaviour."

Finally, to allege that those of us who speak up for our industry do so just because we are 'pimps' is as nonsensical as it is uncalled for. Grant is only too aware that several of us openly advertise as independent escorts.

One commentator sums up the discourse around this proposed legislation beautifully -
"Sex workers know more about the industry than anyone else....Why can't you grasp that simple fact?"