On the sex work debate - an Irish client 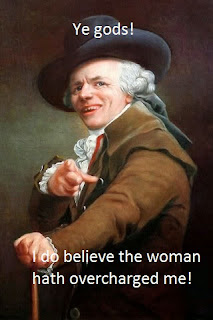 What has disgusted and scared me more than anything about this legislation is the deliberate lies and misinformation being fed by the abolitionists to a gullible and depressingly pliable media and political class. The blind acceptance of these supposed facts and supposed morality is incredible. I had initially and naively supposed that much of the opposition to sex work was due to a lack of understanding of the issue and an unwillingness to seek out or accept the truth. I now realise that the abolitionist agenda is infinitely more sinister and cynical, more akin to mob rule and a theocracy than a supposed democratic state.

I'm not ashamed to say that I am a purchaser of sexual services, one of those people who, despite having a criminal record consisting of two parking tickets, would be locked up if TORL and the Magdalenes had their way. Having had several devestating relationship experiences and vowed 'never again', I chose an option which was both transparent and honest for both parties -- visiting an escort.

I'll freely admit that prior to my first visit, I had, like many, a stereotypical view of those selling sex. I had vague notions of drug users, of deeply unhappy or even coerced women in filthy rooms, staring at the ceiling until the act was over. I entered the building fully prepared to walk straight out again if such ideas were true. Instead, I was greeted by a friendly, intelligent woman who calmed my nerves, provided a wonderful experience, chatted freely afterwards and left me with a renewed faith in human nature. Nothing I have experienced since has changed that view and talking and listening to sex workers has merely reinforced it.

I'm not naive enough to pretend that everything in the garden of sex work is rosy. Just because I, or those I have talked with, haven't personally encountered obvious drug users or trafficking doesn't mean they don't exist. The ladies I visit tend to be more mature (over 30) and are usually Irish or English. But what I do know is that the homogeneous, stereotypical abolitionist view of all sex workers is absolutely wrong.

Sex workers are people. They are people with families, with children, with needs and aspirations like everyone else. They have chosen that work for many different reasons, some positive, some negative. But it is not some simple issue that can be dealt with by one piece of misinformed legislation driven by fear, prejudice and hatred. Sex workers in the job by choice and trafficking victims cannot be lumped together legislatively, any more than trafficked and willing agricultural workers should be.

None of the women I have visited remotely resemble the abolitionist stereotype. A lady I met this week is a prime example. Escorting for a number of years now, she is highly intelligent and is working on a diploma to follow her university degree. She is entirely independent and genuinely loves her work. It was an absolute delight to be in her company, not only for her services but for her winning personality. For an agreed fee, we spent a wonderful, mutually fulfilling hour together. Neither of us needed to pretend that such a transaction means anything more than human companionship and the sexual act. We are two consenting adults being mutually beneficial -- financial reward for a professional service (and it IS a professional service, both physically and psychologically). I went home calm and fulfilled and I'm not ashamed to say I felt and still feel happier than at almost any time in my life.

How is this wrong exactly? Why should I be criminalised for a consenual act? Why should an escort be deprived of her income and her freedom of choice? Why should legislation based on lies, greed, one-sided consultation and a deliberate denial of reality be allowed to destroy sex workers' lives? Such legislation will decimate their good and respectful clients and leave them in genuine danger on several fronts. Sweden proves that criminalising clients doesn't get rid of sex workers or trafficking. Norway are due to vote this summer on repealing their client criminalisation law. France have allowed the proposed legislation to be indefinitely delayed in their upper house. Other countries have rejected it out of hand. Hardly surprising as it doesn't work, unless making sex workers lives a misery is somehow a measure of success.

Sex work is like any other. It has its downsides, but having worked in a vile financial institution where nervous breakdowns and even suicides were almost routine, it's hardly the worst. Sex work, if harmful at all, is hugely less so than the sale of alcohol or cigarettes. Yet sex workers are stigmatised and have their lives needlessly complicated by laws making them work alone. But that is nothing compared to the behaviour of the abolitionists. Several sex workers I have spoken to stated that they had next to no problems from clients, but unbelievable vitriol and abuse from the supposed moral guardians, many of whom have an appalling past and are in no position to judge anyone. These people need to be seen for what they are -- hypocrites dealing in lies and abuse for financial gain and control.

If we as a country give in to this kind of twisted and breath-takingly dishonest campaigning, virtually everything else is up for grabs.

The message to legislators is simple. Leave sex work alone. Stop pretending that fiction is reality. Allow the police to deal with traffickers and abusers. Give sex workers respect and help when they genuinely need it. If you're morally opposed to sex work, don't buy sexual services. And give consenting adults the basic privacy and respect they deserve.
Posted by Unknown at Sunday, April 06, 2014