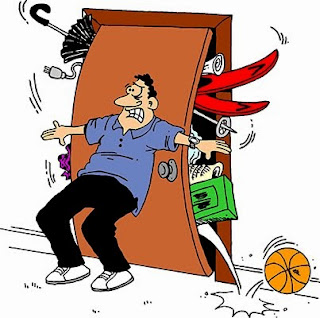 See, here's the thing, I'm often accused of glamourising the industry. I honestly don't think I do, in fact I've written in the past about how I spend a lot of my time talking newbies OUT of joining the sex industry, but for those who still think I do, here's a tale of woe. Incidentally, I wouldn't recommend reading this whilst tucking into your dinner.

A long time ago and in a town far away, I had a call. The voice was articulate, pronounced and filled me with visions of deep filled hot tubs and chilled glasses of champagne. I'll admit, I was naughty and looked up the address on Google maps. Well, this would be a treat. Discretion he said, was paramount. Status, you know.

After a two hour drive, I found the house. It was well off the beaten track and very beautiful. Pulling into the carpark, I sent my guy a text message to say I had arrived and my heart did a little dance when the reply came - "On my way". I suppose I had a vision of Downton Abbey - "Let's get rid of the pesky house staff so we can be absolutely filthy." Reality, I'm afraid, hit me hard across the face and dunked my head down the toilet whilst continuously flushing for good measure.

From within the bowels of that beautiful building came an apparition. Oh, the accent was still in evidence but picture if you will, the father from Steptoe and Son and you're half way there. Before me stood a man in tracksuit bottoms which can best be described as crusty, insofar as they could have stood up and walked to the washing machine on their own. One hand was gamely picking his ear wax as the other was rooting in the under carriage of his tracksuit bottoms on his approach. It was the latter hand which was drawn out to meet me and ever the professional (shut it), I shook his hand. "Delighted to meet you, I'm Laura." He didn't speak, but rather continued to massage his lower lip in a quasi menacing fashion whilst looking me up and down. "BAGS ?"

I offered him my overnight bag from the boot of my car and made to follow him into the house. Oh, this was bad. His sweater was obviously bearing the remnants of several evening meals without any apologies to anyone. I needed time to think. "Could we have tea, do you think, before, you know ....?" He smiled and led the way to the lounge and here, I began to appreciate the issue. He had, he explained, had a very acrimonious break up with his wife and as they both loved the house and couldn't bear to sell it, they reached an agreement to split it down the middle. Literally. So, as he didn't cook, the kitchen was hers and his kettle etc, was in the lounge.

That wouldn't have been a problem, had we been able to see the kettle, or even the floor. Very often I've watched hoarding programs on television and wondered how on earth people can live like that and if it's made up. I'm here to tell you, it isn't. Hoarding would have been one thing but it was the abject filth that went with it which got me. Piles and piles of pizza boxes, empty beer cans, bottles of spirits, chippy wrappers, dirty clothes, over flowing ashtrays and what I'll always remember, hundreds and hundreds of VHS porn videos. The bathroom was indescribable, with cigarette butts crushed into the sink, a toilet that should have been referred to the World Health Organisation and in the last word in irony, an air freshener hanging from the door to the shower with a display of mould and spider webs.

Leading me through to the bedroom, which he proudly displayed with a sweep of his arm, I surveyed the scene in utter dismay. Here was a single bed I suspect rats would avoid. As sexily as I could, I slowly began to strip, taking an extraordinary amount of time in removing each item of carefully chosen clothing. As he neared closer, it was now I began to notice that his teeth didn't quite meet in the way they ought to and in fact clacked when he was talking. He peeled off his sweater to reveal a chest which was dark with dirt, that's the only way I can describe it. From there, he ran his yellow, calloused, fingers up the inside of my thighs, whilst leaning into my neck. "I want you", he breathed, and drew me closer. Nothing, but NOTHING prepared me for the bonus, that thick layer of green scum over his tongue. As his head dipped towards me, I won't say I shouted, it was more of a guttural scream.

"I CAN'T DO THIS. I'M SO SORRY I HAVE A MIGRAINE. YOU CAN HAVE YOUR MONEY BACK."

"Oh for fuck sake, you're the third escort I just couldn't click with."

There are times, when to bite your tongue rather than point out the screamingly obvious green furry one, is the far better option.

Now, ask yourself, still think I glamourise the industry ? Still think I paint a picture of some euphoric utopia ? And while I'm on it, still think that because a man pays a sex worker, we have to do exactly what he says ? The answer to all the above is no, a refund was issued, resulting in a drive home and a very grateful dive in to my pyjamas. Never has one woman been more glad to see her cowprint onesie.