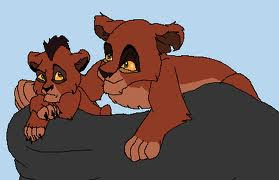 7 days and 8 hours until the little darlings are back at school. Summer holidays are enough to reduce any parent to a gibbering wreck in an abnormally short space of time.

Happily, this summer I managed to wean the light of my life away from those Godawful American shows with canned laughter and actors who will be in rehab before they're 15. We have progressed to "Brainiac Science Abuse", with John Tickle, further proof as if it were required that all Big Brother contestants should be shot on sight. This transition has resulted in a series of complex experiments being conducted in various sectors of my humble abode, to include a bathroom sink filled with a thick white viscous compound. Sometimes I think if you're really not going to like the answer, don't ask the question, so I waited until it subsided and then poured some boiling water down the drain to flush "it" through. For anyone who thinks the scientific experiments of a 9 year old will contribute little to society, I am happy to inform you that cats float, apparently, ( albeit under heavy protest ).

Something which warrants far more serious comment is a very inspirational woman I had the pleasure to meet recently. The why's and wherefore's of how we met are not relevant here, and I also want to protect her identity. She deals with children at the very end of the care system, when she takes them on they are 15/16 and have been through every institution and foster family, without success.

In some cases these children are the product of an attempt at a "family unit", so they are adopted at a relatively young age but put back into the care system the minute the couple concerned manage to conceive a child of their own. Truly horrendous, I didn't actually believe married couples in desperate desire of a child could be so cold towards a child who needs stability so badly. By the time they have reached this lady, all they have known all of their lives is rejection and they have gone beyond the point of "behaving" for anyone - they don't see the point as they are going to be rejected again. I asked her -

"How on earth do you begin to build bridges with these children and build up their self confidence ?"

She said it is a matter of consistent love, even when they have smashed up their bedroom again or stolen money from her purse for drugs. Eventually the message of consistent love gets through to them, they open up to her and she helps them through counselling, education and the beginnings of a career, be it a trade or a start at higher education. Her reward, she said, is to go to their graduation ceremonies simply bursting with pride.

She really inspired me, not just for all I have detailed above but for what she went on to say. In some circumstances she has come across children who were trafficked into the country as sex slaves, from The Congo for example, as young as 8 years old. By the time these children reach her in their teens, they are traumatised beyond belief and in fact she explained to me that it took her 18 months to get one particular girl to admit that the scarring on her body was from her "handlers", not from an industrial accident, ( as she had been told to say to the authorities ).

From speaking to this lady, it is clear that the "system" has let these children down every step of the way. It is time for the legislators and law enforcers in this country to desist from persecuting consenting adults having paid sex and to concentrate on the vulnerable, the weak and the exploited. These are the people who truly need our help.