Tears, T-shirts and Time Off 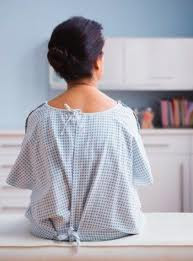 Morning all, ecstatic is the word to describe how I'm feeling today. I would cartwheel all over my living room but since I haven't actually done a cartwheel since I was 12 I'd probably break my neck. I spent the first part of yesterday at the hospital and the second in floods of tears. The great news is I have the all clear, I do need an operation to remove the mass but it's not cancerous. I texted my friends and family to let them know and the replies came in one after the other as I was sitting in a restaurant enjoying brunch. The end result was moi, sobbing, because I realised just how lucky I am to have such amazing friends.

You know those t-shirts that say "I'm not fat, I'm pregnant !", I wish I had one of those yesterday which said "I'm not sad, I'm happy !", because the looks I was getting were priceless. Sod it, I firmly believe a good blub is good for the soul and when you're stressed it's got to manifest itself somehow. Speaking of stresses, there was no sign of the Highland News running the story on escorts this week, hmmmm, maybe another call is in order. I'm sure the reporter in question will be grateful. ;) Either they've decided to bin it or they're waiting for a week when nowt much else is happening.

In the afternoon I went to visit a friend who has a farm and spent 20 minutes chasing one of her sheep who had escaped, true medicine and I was in knots laughing. ( I'm not sure the sheep was too impressed to be honest, but since she was almost hit by a Landrover I guess being chased into a field was the lesser of two evils. )

Anyway, I am scheduled to have the operation in the first week of October and will be off work for two weeks. So, I am in the process of planning my September diary and it will be fairly hectic in preparation for my sofa time. Gawd it's going to be boring, I don't "do" lie still and relax, although the next part of Uni is due to start around then so that will keep me busy I suppose. ( Plus I have 20,547 things that could do with being put on Ebay. )