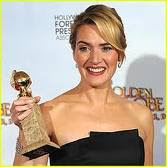 To err is human. To consistently feck it up is an art form.

It is the above thought that consoled me as myself, Faye and Susan trudged around Belfast with our suitcases, effectively homeless, thanks to moi. ( To be fair, it wasn't ALL my fault. Well, not really. )

There are two apartment buildings in Belfast with the same name, see ? So we all booked the same place, labouring under the illusion that we would be in a high rise anonymous block, where you could potentially have a large scale gang bang and no-one would notice. Err, no. We got out of the taxi and noted with dismay what can only be described as a boarding house. ( Think 1970's Brighton sea-front, complete with lace doilies and rubber yucca plants.) The gentleman who ran the house had an office approximately 10 yards from the door to what was to be my room and he had the door ajar too, noisily slurping soup. Whoops.

We made panicked gestures to each other in the hallway, you know, the one that mimics a beheading. My phone was going like HMRC's overpayment helpline, buzzing away whilst on silent in my handbag, so I had an idea.

"Err, Susan, that was your Mum I just missed on my phone there, I hope she's not trying to get you URGENTLY."

Now I knew that Susan in her murky past had taken some acting lessons, but I was in no way prepared for the performance to come. She turned her back on all of us and "made a call". ( I was praying to anyone who would listen that it wouldn't ring in her ear. )

With that she swung around with the dramatic style of a Jane Austen understudy and burst into tears. ( I don't mean in any small way either, we're talking sobbing. )

Faye and I did the decent thing and clucked around her making soothing noises and rubbing her back whilst she howled and blew her nose noisily.

Needless to say, afore mentioned landlord abandoned his soup and with some soft words to soothe us, sent us on our way. He even called us a taxi. We made it as far as the kerbside to wait for the taxi before the three of us disintegrated into fits of crotch-grabbing giggles. The girl had done us proud. :)

Eventually we found another hotel and had a brilliant tour, ( thank goodness because I think the girls were ready to dangle me from the balcony by my ankles. )

I finally had the chance to meet a lady I have been chatting to online for years now, Violette, it was a pleasure. ( I did try and defend Irish men and their apparent allergy to showers and baths but some things are just indefensible. )