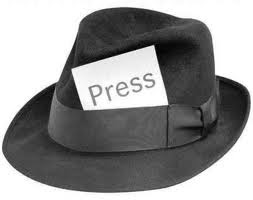 A survey carried out as part of yesterday’s BBC1 Sunday Morning Live discussion, featuring Catherine Stephens of the IUSW, Bel Mooney of the Daily Mail and Mehdi Husan of the New Statesman showed overwhelming public support for accepting prostitution:
71% yes, 29% no.

This echoes a government funded Ipsos MORI poll in June 2008: almost six in ten (59%) agreed that "prostitution is a perfectly reasonable choice that women should be free to make". [1]

In the Sunday Morning Live debate, Stephens repeatedly argued that policy that solves problems is based on evidence and in reality, not on ideology, dramatic individual cases and stereotypes.

Stigmatisation of sex workers plays a large part in violence and trafficking.

Clients are not the problem: evidence shows that the majority of robbery, abuse and physical or sexual violence experienced by sex workers comes from those who do not pay for sex. [2] Many assailants express hatred of sex workers and appear to feel their actions are legitimated by the social attitudes of abhorrence for commercial sex.

More than a third of victims of trafficking for sexual exploitation report that fear of being exposed as a sex worker played a part in the coercion they experienced. [3]

In a study of nearly 500 sex workers, researching issues of power, exploitation and control, 1 in 4 women said that they had, at some point, felt physically threatened. More - 30% - had experienced "other threats “…in almost all cases, [this] was the threat of being publicly exposed as a sex worker.” [4]

Catherine Stephens, a sex worker for 10 years and an activist with the International Union of Sex Workers says, “It’s time to start treating women with respect and equality, regardless of their sexual behaviour. It’s time to give people in the sex industry the same human rights as other citizens, so we can work together for safety, and call the police without fear of arrest. It’s time to decriminalise prostitution.”