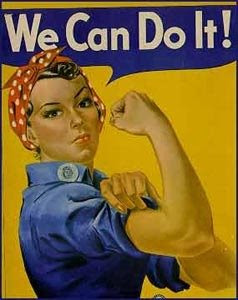 Well of course they do, when they are working on the freezing cold streets night after night, with no support from the police forces, let alone local government agencies. Instead of asking desperate, drug addicted women who work on the streets what they thought of their overall circumstances, perhaps they should have taken the
time to ask a reasonable representation of the sex industry as a whole, to include independant escorts and those women who choose to work from home / a flat.

One of the women interviewed said that she had been attacked and raped in the past, and that some of the other women known to her had endured far worse. Instead of blaming the "sex industry" for the horrendous crimes perpetrated against these women, why not take a look at the shoddy legislation instead ? Had these women been allowed to work from a flat in pairs so as to increase the safety aspect, would those attacks have happened ?

The core problem with the sex workers interviewed is that the sex industry is for them, a means to an end. There is no acknowledgement of the fact that for many other sex workers it is an informed decision taken on their part after much research.

“People feel that it is a choice women have, but the reality is that it is a tool used by the sex industry to make you think it is okay."

Actually, for me it is ok, and it has been for years. What is not ok, is to continue to persecute consenting adults who indulge in paid sex. The resources utilised in doing so would be far better placed seeking and maintaining help for those women who are drug addicted and who place themselves in danger night after night because the law prohibits them from working together in safety and because they have a crippling addiction to feed.

"Alastair Robertson, training co-ordinator for Forth Valley Violence Against Women partnerships, who also features in the seven-minute film, said men have to take more responsibility for their actions.

Actually, the men do not "buy a prostitute", they rent our skills. The next time I have one of my subs hog-tied with clothes pegs on his nipples, I'll remind him of how downtrodden and abused I feel, shall I ?

“These results show the normalisation that is taking place in this country - sexual exploitation is just widely accepted, and it should not be."

Sexual exploitation is NOT acceptable and never has been. Sex workers who campaign for decriminalisation do so because those who feel victimised or pressured into the industry will be enabled to come forward and speak to the authorities. What benefit is there to a woman who has been attacked to go to the Police at the present time ? They may investigate and even catch the perpetrator, but the reality is that the complainant will be on police records as a "known prostitute", so if and when she did wish to apply for a job, a "Disclosure Scotland" check will go against her.

So as it stands, the current legislation -

1) Makes it impossible for a sex worker to work in safety, and

2) Ensures that if said worker looks for an exit, many attempts to do so will be blocked.

For those claiming to be concerned with the welfare of sex workers, there is something very wrong with that structure.