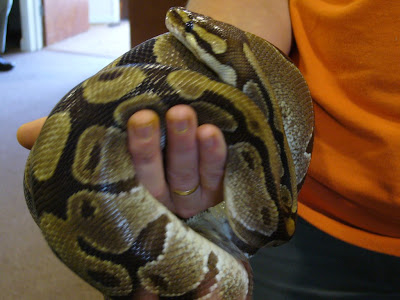 Good evening and greetings from Belfast where I am chilling out with a hot choccy, a bag of Maltesers ( less than 200 calories per bag, you know ) and some Tayto cheese and onion ( calories unknown, probably horrendous ). This has been a wonderful tour in many respects, not least because of it's diversity. I have been MAD busy but in a very lovely way. Today for example, I kicked a man around my hotel room ( as you do ) for an hour, then met with a very sexy PHD student who wanted to cover me in custard ( God damn those private gallery pics, they are the scourge of my life ) and finally, I met with a very dominant man, who wanted to take control from the start, so he put the money on the side as he came in and my only responses to him were "Thank you Sir".

If I think about it too much I'll go blind.

On Monday I met some interesting guys too, in fact on Monday night I was invited to the Hilton for a dinner date and I sprinted out the door like Roadrunner, anything to escape Belfast's answer to Butlins, ( my usual destination was fully booked ). Whilst I was sashaying through the hotel I ( almost literally ) bumped into Christine Bleakley, my God but she is tall !! She looks like such a small, slight woman on the telly. She's also teeth grindingly gorgeous, grrrrr. Monday also saw me getting a brand new review here , thank you, it was my pleasure too.

Meanwhile, back on the ranch, my menagerie has been growing. No, I'm not popping out little Lee's but if I don't stop watching the new series of "One born every minute", I can't promise anything. First off, you will recall the discussion that was had recently regarding tortoises. In the end, we decided that was never going to work because you can't put them on a lead, nor tickle their bellies and what's worse, they go to sleep for a large portion of the year, battle won.

Unfortunately, the little light of my life had a Plan B - a hamster. Said hamster arrived chez nous around four weeks ago now, and to be fair is settling in well. Boy cat was not too impressed with the new arrival at all, but he was soon to find out what happens when a cat presses their face up to the cage of a hamster who really doesn't welcome their presence, a sharp nip to the nose. He retreated, and has since spent his time backing up against the wall whenever she is out and about in her hamster ball, rolling about the living room. I have told him that he is a disgrace to cats everywhere, an embarrassment in fact and he should be hunting her, but he just gives me a complacent look and curls up, so I guess she wins.

You would think that the new arrival would be enough, wouldn't you ? No. La Princess found the web presence of Inverclyde reptile rescue. Ahem, where I come from St. Patrick drove out all of the snakes but not in Scotland it would seem. Cue the arrival of a very cute but very needy Royal Python, aptly named by us as "Harry". He has taken up residence in my bedroom and needs a heat light to maintain his body temp at approx 31 degrees. We had to buy a heat pad and specialist box to keep him, but he seems happy enough.

I should just explain at this juncture that my bedroom is no longer my bedroom, it's more like Noah's Ark. You see, we didn't do our research on hamsters before buying our new cutie, so we didn't know that the feckers are nocturnal. It's fair to say, that we have adopted the Fatima Whitbread of hamsters, she runs on her wheel like prohibition is coming in and what's worse, she stores her sunflower seeds in her pouch and carries them up to the wheel so they make a very impressive clackety-clack sound when she runs. On that basis, she lasted two nights in La Princess's room and is now a permanent feature in mine, oh joy.

If anyone has an animal that needs to be re homed, just drop me an email, I don't see why not, every other fecker is here.