On the subject of Rhoda Grant 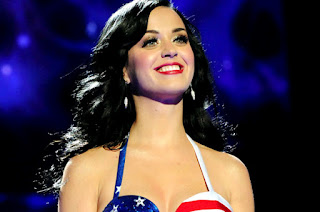 Quite a while ago now, I took La Princess to see the new(ish) Katy Perry film. I was looking forward to it rather like I look forward to a smear test, irritating but necessary nevertheless. For the first part, I was mildly interested and just able to resist the infantile temptation to flick popcorn at random heads. Understand this, embarrassing your children in public is not a benefit, it's an obligation.

Imagine my pleasant surprise then, when I discovered what an immensely enjoyable outing it was. The film itself wasn't exactly oscar award winning, but what struck me was the way in which Ms. Perry dealt with the disintegration of her marriage to Russell Brand. She was in the middle of a gruelling tour and absolutely exhausted and one was left with the feeling that his treatment of her during the break up was nothing short of appalling. (Lawyer clients, quit twitching, I of course mean allegedly.)

There was a scene which will stay with me for a long time. Our heroine was lying on a bench where ordinarily she would have her make up and hair done before going on stage and she was crying. Now, I don't mean "crocodile tears and gentle dabbing of eyes with embalmed tissues" crying, I mean sobbing. The majority had no idea what was wrong, since she had been intensely private about her marital troubles and only the very closest to her such as her sister were able to give her some comfort.

There were various people clucking around her who were clearly unwelcome at that moment not because she was being unkind but because she just couldn't do the whole "air kiss" thing. Having sought solace with her closest, she took a deep breath, looked at her make up artist and said "START". Various voices arose into the fracas, "are you sure ? we can cancel the show". Her reply was simply, "I SAID START". Start they did and thereafter, she managed to find a huge smile from somewhere and went on to deliver an undeniably mind blowing performance.

I can relate to that. I know how she felt and I know what it took to find that smile and "KEEP CALM AND CARRY ON". Crucially, she wasn't alone and there was a huge amount of support in evidence. Thanks to those treasured people around her she found that last reserve of strength.

This week, Rhoda Grant announced her proposed change to the legislation in Scotland (link here) and when I read it I could have sobbed myself. Debunking the "statistics" quoted will not be an issue and together with her own comments, the whole paper made me gasp in disbelief. It is simply unthinkable that anyone in a position of supposed power could be so ill informed, not to mention doggedly determined to proceed on the basis of some seriously skewed beliefs and statistics.

But if I thought for one moment that I could curl up on a sofa and weep, not a chance. Once again, I am surrounded by those who truly care not to mention the army of activists who will fight to the death to ensure this shoddy and contemptible piece of legislation will never see the light of day. We will not be dictated to and no-one, but NO-ONE will take away our rights and our livelihoods. We are many, we are united and we are strong.