Conference Against Human Trafficking - why YOU should be very angry. 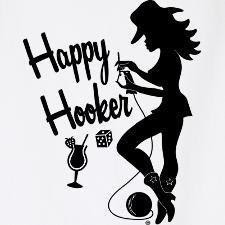 Let me begin this blog post by saying that the statements I attribute to various speakers at the CAHT are not verbatim. It is very difficult to pose a question, contemplate the answer whilst paying attention to the speaker and write it down simultaneously.

When N and I volunteered to attend the conference, we knew it would be difficult. We knew we would be the only two sex workers' advocates there, and we knew that both Trish Godman and Rhoda Grant would be speaking at the event. Regular readers will need no introduction to those two.

First to speak was Trish Godman and she began by saying that the movement to ban the purchase of prostitution should not be deterred by the lack of statistics, in fact she said, "we don't need numbers just now". Further, she said that the "Belle" ideology is all a myth, there is no such thing as a happy sex worker. The Belle 'myth' is wheeled out by those of us in favour of decriminalisation to strengthen our position and has no place in reality.

Godman went on to say that really, it is the buyer of sex who has all of the choice and in fact she went so far as to say that she would advocate a public list of all 'punters' to include their names and car registration numbers. The survivors of the sex trade, she said, deserve to have their voices heard.

So to the Q & A session thereafter. I challenged Godman by saying, "it's not just my clients who have a choice, I have a choice and I choose to work in the sex industry. I too deserve to have my voice heard and further, I have the right to earn a living and support my family".

Her reply is something I will never forget. She said, "of course you have a voice, you're here now and we're listening to you aren't we ? You also have a choice and if you continue with that choice in the event that this law comes into place then you will be running a risk as you will be breaking the law". She chose to ignore the last part of my question.

So, not only was Godman dismissive, she was factually incorrect, and I had no opportunity to rectify her statement as the next question was being posed.

Next to speak was Jenny Marra, who was her usual lovely and sensible self. She spoke about Kenny MacAskill's suggestion regarding the introduction of an aggravated charge on trafficking, because people trafficking is already an offence. I should also point out that Jenny was the only one of the politicians to approach both N and I and extend her hand to welcome us to the conference.

Jenny spoke further about arming the front line forces to be able to better deal with trafficking, such as police, the health services etc. and went on to say that she would be visiting the training to ensure that it would be implemented effectively. Having met Jenny before at a cross party group on trafficking I knew that she would be level headed and refreshing as a speaker and she certainly was.

Following on from the first two speakers we were separated into smaller discussion groups, and when I looked at my group I could have fled. It was comprised of many much older Soroptimists and - Jan MacLeod. Jan comes from the Women's Support Project and suffice to say that when she and I met it was very much a case of - "we meet at last". Yes, there have been times when we have clashed in the past and I'm sure that there will be times in the future too, but to disappoint you all, I have to tell you, Jan is a lovely person. She's witty, warm and engaging and as she said herself, we may not agree on the legislative piece but we are very much on the same page when it comes to other aspects of women's welfare. In fact, we spoke about the possibility of an outreach service in Glasgow which would involve visiting the working flats rather than police knocking on the door because the ladies therein would be far more likely to speak to another sex worker. And I didn't just say all of that because Jan admitted she reads my blog, honest.

The Soroptomists were a very pleasant surprise. They were open and willing to listen when I told them that as an industry we are very self regulating and that we would look to report anything untoward as a policy. Overall I was very encouraged by the group discussion and we took time out for lunch. Great raspberry cheesecake.

Next to speak was Gunilla Edberg, a feminist lawyer and a former Special Advisor to the Swedish Government. Edberg said that it was time to break the silence in relation to the real perpetrators, the clients. Prostitution she said, is a crime of violence and as women in prostitution, we are not afforded the option to go to the police.

Further, she said that by following the buyers, the organisers will be found and that the only people who are usually opposed to criminalisation are the buyers. The part which stood out was when she said that we must not buy into the stereotype of the "lonely client". These are not men in search of companionship, rather they are "sexually experienced" individuals who know exactly what they are doing in terms of exploiting and repeatedly violating sex workers. She finished by saying that prostitution is akin to indignity and a loss of integrity.

Of most interest to me was the next speaker, Rhoda Grant. In fact, we first met in the ladies "restroom", and I extended my hand and a smile.

"Rhoda ? Delighted to meet you at last. I'm Laura Lee."

"I'm aware of who you are and your work".

Right, stage set then. To her credit she did shake my hand and smile too.

When she began speaking, her tone and delivery were very different to that of Godman. She was quietly spoken, flat and monotonous and I found it difficult to stay focused at times. I was soon jolted out of my stupor in spectacular fashion. To a shocked "oooh" from the audience Grant declared, "studies have shown that 75% of women enter the industry as children".

Come Q & A, I challenged her."No-one will deny that the notion of 75% of new entrants being children is horrific. However, the statistic you are quoting is from a study conducted in 2004 by Melrose, which was based on 47 street sex workers. Since we know that only about 10% of all sex work takes place on street, then those figures as presented are inadmissable".

Her face was a picture of dark thunderous anger.

Here, in my own words, is Grant's (visibly flustered) reply - "I CAN rely on that study because there are very few others done".

N and I were aghast, and speechless.

As someone who obviously also (begrudgingly) reads my blog, she went on to say - "I'd also like to say that the notion of using disability as an excuse is offensive and appalling".

So there we have it. To highlight the perfectly natural desires of disabled persons when it comes to paid sex is offensive. To my disabled clients, take a bow. You are little more than an excuse.

Get ANGRY. Anger and action are what will stop the success of this preposterous abolition attempt.

Labels: Proposal for a Bill to make it an offence to purchase sex, Prostitution, SCOT-PEP, Scottish legislation, Scottish Parliament