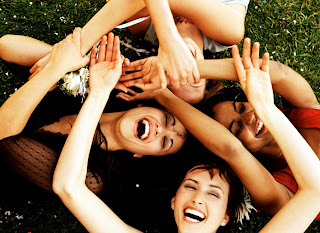 It may surprise you to learn that the sex industry is a remarkably bitchy environment. Have women competing against each other on the basis of looks and personality, I mean, what could possibly go wrong ? Happily though, there are times when as a community we bond together in an unbreakable circle, regardless of dress size or number of reviews. The most obvious example is the recent murder of Petite Jasmine. As a community we mourned, and demonstrated around the world for the repeal of the Swedish model. I have never been so proud, or moved as I was that day.

To further illustrate my point, I'm going to take you back to 2008, right around the time I was outed in the highlands. There was a forum then which was women only and even at that, it was dedicated to the curvier of us, those who don't pass up a slice of cheesecake. It was a very small community with say, 20 posters or so, but only ten of us used it regularly, on a daily basis, and it became a haven from life. Indeed, it was that very forum which saw my shriek for help one Sunday morning because I had just been door stepped by a local provincial newspaper, I was terrified. How times change. These days they would be told to bog off, or wait for the press complaints commission or my lawyer, or both. But I digress.

One particular lovely lady logged in excitedly one evening with great news. A man had accidentally sent her a text, believing her to be someone else entirely. She replied saying - "wrong number, I'm an escort", and having expressed his shock at his faux pas, they began to chat. As it turned out, they had a lot in common and they chatted for many an evening. Then came the clincher from him - "Look this is mad, but what if we meet up ? I'd love to know who I'm talking to." So, she dolled herself up to the nines and went to meet him. What followed was an intense, and highly charged affair. It was at this point that she finished her story on the forum. My spidey sense was bubbling over, and sadly when I really didn't want to be right, I was.

Later that evening another lady logged in and having read her gushing tale said, "Um, does his number end in 067 ?" Yes, it turned out that our witless Lothario was actually rather clever, in that he had done the very same thing to several escorts. Not so clever though, as to use a different number. I felt SO sorry for his original victim, she was crushed.

As a community, there are several things which will always bind us together and one of them is abusive men. Oh, HELL no. So we sat, all of us, through the night, texting and calling this gentleman to see if he could remember "our" particular encounter. He was demented. By the end of the evening one or two of our members had resorted to more forthright approaches and quite frankly, he was terrified. Quite frankly, we didn't care.

It is alleged that in the aftermath of that episode, someone put his number up on Glasgow Gumtree as -

I can't imagine who would do such a dreadful thing. Escorts - 1 Idiot - 0.