The Whore with more 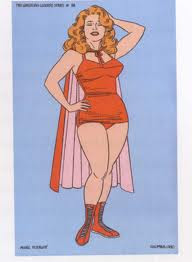 "The most important attributes are a good sense of humour, the patience of a saint and an open mind."

Since I've come back to the helm I've met some lovely guys but my fondest memories will always be the more "quirky" bookings.

One of my all time faves was a former champion wrestler, ( when I say champion, it was at regional level and many years ago ). He began the appointment by flinging me on the bed and pinning my legs behind my head. This was so he could pleasure me with his tongue, apparently. The fact that I had no sensation from the waist down at that juncture was by the by.

The final act of immeasurable passion was the kiss, ( wrestlers do everything in reverse, you know ). If I had to describe it, I would say it was akin to the dying breaths of a deeply distressed goldfish, flapping about on a pavement, combined with the odd sharp nip with his incisors to my top lip. I tried, I REALLY tried to kiss him back but there was no rhythm or sense to it all and by the time I had caught up with him he was busy slowly suffocating me by placing his mouth over my entire nose.

It's at times like that that the phrase - " I never did mind about the little things" comes in very useful. A relaxing post coital cuddle later, he left with a smile firmly plastered across his face whilst I headed for the bathroom in search of some "deep heat".

Addendum : He was one of the loveliest men I have ever met, and the woman who settles down with him with be very lucky, she just needs to hold him by the ears and teach him how to kiss.
Posted by Unknown at Friday, October 15, 2010