A letter to the Justice Minister for Northern Ireland

I am a campaigner for sex workers' rights with the IUSW as well as in my personal capacity. I have been strongly opposed to the proposed criminalisation of clients of paid sex as proposed by Lord Morrow and have been actively and quite vocally campaigning.

I was delighted to learn that I had been invited to the Justice Committee hearing on Thursday 9th January, because as an Irish sex worker with twenty years experience I felt I could add some expertise to the proceedings and shed some light on the realities of the Irish sex industry, versus what paid NGO's with a vested interest in abolition would have us believe.

In over twenty years of sex work, never has a client made me feel as belittled as I did that day, due in the main to continuous personal attacks on my integrity from Jim Wells and Paul Givan. There is a You Tube video of my evidence here. 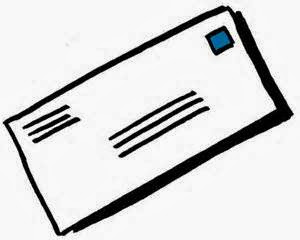 During the course of the Committee's questions, I was accused of working with and being financed by pimps, exploiting vulnerable disabled men and I was also compelled to reveal my real name, on camera and in public. This information is now in the hands of abolitionists who were sitting directly behind me and scribbling furiously. I have no doubt that they will use that information to the detriment of me and I feel that my personal safety now lies in jeopardy.

The manner in which I was spoken to is quite simply unacceptable, especially given that the other witnesses were treated with the utmost respect. It falls to a Justice Committee to collect evidence, something I was informed by Paul Givan that the Committee "do not need". I was not aware that is the further function of a Committee to berate and shout down witnesses.

As an advocate for sex workers' rights, I have come up against strong opponents in debates in the past, but I have always treated them as I would wish to be treated myself and I feel that in this instance, Mr Givan and Mr Wells went way beyond what could be considered 'reasonable behaviour', especially given their positions of trust and responsibility.

I thank you for taking the time to read my complaint and look forward to hearing from you.