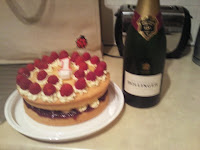 For those of you following the debate I blogged about last time, it continues here ;

When I say continues, it's more like banging your head against a brick wall, there are some people who really can't see the wood for the trees and no amount of logic or reasonable argument will deter them from their original goal which is the eradication of prostitution in all it's forms, regardless of who really suffers in the process. Grrr. I'm just really glad that I had the opportunity to say what I really wanted to say in the aftermath. Isn't it always the case that when you walk away from an argument ( sorry, debate ) that you think; "I wish I'd said that" ?

As strange as this may sound, I always knew I'd be a whore. ( It's ok, I've reclaimed that word to it's original definition. ) I watched every documentary and film about it and was fascinated with the strong sassy women I perceived to be a part of the industry. For the most part, that was right on the money.

The reason I organise regular ladies socials is it's absolutely brilliant to see ladies go through the preliminary polite hand shaking thing, and a couple of glasses of wine later, we're all falling off our stools laughing at the tale of the man who comes on the first Friday of every month with a pot of natural honey and some yellow marigolds. As whores, we share an understanding that no-one else will ever "get", like first time mothers meeting up at a mother and baby group. Only other members of that sacred circle will know where you're coming from. To my mind, when we are coming under fire from so many other sources, it's good to know that we have a core of empathetic and understanding colleagues to rely on.

So aside from that, what have I been up to ? Well, I've been studying my backside off for an assignment that's due for submission in ten days. Hurrah for me, a ten day deadline is unheard of, it's normally 2 days avec caffeine.

Also, Happy Birthday to us !! Who ? Moi and Big Rick of course. He's been coming to see me for a year in Aberdeen now and when he came to see me last time, he went to the trouble of bringing a birthday cake and some champagne. I've never had an escort birthday before but it was wonderful. Thank you Rick, I've attached the picture.

This coming Thursday Amanda and I are in Edinburgh for the day doing incalls and I can't wait. She doesn't know it yet but I'm dragging her off to The Vaults, which I love. It's an underground maze of the old streets of Edinburgh and reputedly haunted. As I've said before, I don't mind the real deal, but I cannot stand men in bloodied make-up jumping out at me in the dark. The next day we're leaving my car at my house and doing a joint drive to Southampton. Yes, Southampton. ROAD TRIP. We'll take it in turns to drive and I know we'll have a laugh and a half on the way.

In the meantime, my little darling has been doing a project on "The Titanic" in school. We've had the film on ad nauseum here, and the song by Celine Dion "My Heart Will Go On" is being sung, over and over again. Don't get me wrong, it's a beautiful song ( which I used to love ) but on the forty seventh performance, it kinda wears thin. That combined with the fact that she is singing it falsetto so that she sounds like "Alvin and The Chipmunks" makes for a Mother that is looking forward to throwing herself out a window, never mind looking forward to going back on tour.