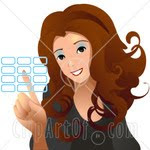 Given the current upsurge in discussion around paid sex and the implications for all parties concerned, it might be a good time to take stock of the changing role of the "Buddy".

There are buddies at every level of the industry, whether they are older ladies at a parlour who take newbies under their wings, or escorts who support one and other or street workers who take a note of the registration number of cars their friends get into. The role they fulfil now is by and large one of practical advice and friendship, not to mention the safety aspect.

It is my belief ( and I'm not alone ) that if the industry is driven underground, by virtue of the client or the sex worker being criminalised then the role of the buddy will change irreparably. The focus will be very much geared towards keeping one and other away from detection and the authorities.

It is no coincidence that there is a high rate of violence against street workers and I would suggest that the reason for that is they are an easy target group. In many respects, they are alone, devoid of any monitoring or co-operation with law enforcement groups. If these women were working in licensed brothels, then they would be automatically afforded the luxury of several buddies at once. I appreciate that the suggested system is not immune to abuse, there will be women who will insist on continuing to work the streets, but at least the option would be there. Thinking back to the recent Ipswich murders, if any of the women were offered a safe alternative to continue to ply their trade, then who's to say how many lives could have been saved.

Today I met and had lunch with a new lady who has come to me via the buddy system and I feel an overwhelming sense of protectiveness towards her. She is older than me and probably more worldly wise but when it comes to the joys of escorting, utterly green. It will be my pleasure to guide her as much as I can, as I feel that is infinitely preferable to bailing her out of a police station at 2am.