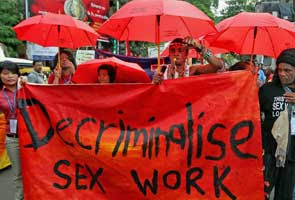 2012 has been a roller coaster of a year, no doubt about that.

It was the year for change and growth.

On a couple of occasions I was taken aback, courtesy of people I thought I could trust. Part of being an adult, though, is to learn from every experience and at any rate - the signs of toxicity were screamingly apparent. So, two choices. Either dwell on the negativity or focus on the renewed energy and drive which comes from finally saying - "I'm done with you". I choose the latter, particularly when every time I questioned why on earth I had ever allowed myself to become involved with such people there were several other people ready to pick me up and dust me down, never for a minute questioning my choices. 2012 is the year when I learned that sooner or later, the mask always slips and the lesson for the future is to take that first glimpse as a stark warning.

2012 was the year when I learned not to be afraid of the media. In years gone past, when a journalist made contact, yours truly would be found hiding behind the nearest available sofa, but no more. When it comes to media work, provided I have the support of my sex worker advocate colleagues, my real friends and my family, then that's all I need. I have come to realise that there are some members of the media who are very definitely sex work positive - the challenge now is how to stop them editing interviews to infinity and beyond.

Speaking of being misquoted, allow me to share with you a short tale from this morning. To borrow a phrase from my good friend N, I don't come out of this one very well. Not in my actions per se, but my reactions. I got upset and I cried. No, I howled. Because of SCASE. For the uninitiated, SCASE is the Scottish Coalition Against Sexual Exploitation and, well, they hate me. With reference to the first two paragraphs I've written above, I don't actually care about that. From time to time I peek in at their Facebook page and I've become accustomed to the snarky comments, the sarcasm and the back-slapping.

So why did I get so upset this morning? Well, I read a piece which SCASE have paraded on their site and Twitter feed, my mistake. With other haters I just block them on every site I can think of and resolve never again to subject my corneas to their drivel. This is a formula which works. Quite what possessed me to go and read this piece KNOWING it was going to be blatant hatred, I do not know. I've learned my lesson now, of course and blocked them everywhere but that's a little like locking the stable door after the entire farm has bolted.

So to the piece itself. Allow me to make this clear, SCASE didn't write this piece, it is the anonymous submission of one of their members. However, they did parade it with glee, so I take it as being representative of their views.

First off we have -

Run that one past me again? I have NEVER harassed any abolitionist online. EVER. I went so far as to praise both Rhoda Grant and Jan MacLeod for being approachable and friendly women. Next.

"What about the women who have not had media training or had the chance to polish their media personality"?

The only reason I have had an opportunity to polish my media 'personality' is because I am up to my ears defending the rights of ordinary decent women against bigots like you. Also, those 'other' women are afraid of coming forward and speaking to the media because THIS is exactly what happens - personal attacks from cowardly anonymous keyboard warriors. Next.

"What about the women who don’t write blogs about how transgressive, revolutionary and empowering prostitution is? What about all those women who are struggling to cope and don’t position themselves to get book deals or plays written about them"?

What about them ? Have you gone out to the saunas and the streets and spoken to these women ? Thought not. I have. Also, exactly who do you think you are to presume that I have never struggled to cope ? You know nothing about me and my background, only what you see in the press and that is edited to death. Next - this was the one that really got me ...

"I have heard vulnerable women described disrespectfully by “sex-work” representatives as “drug addled prostitutes,” with little empathy for their situations and how they have ended up involved".

There you go again. Taking what I said completely out of context and to suit your own agenda. THAT'S NOT WHAT I SAID. I said, "let's step back from the hysteria of the stereotype of drug addled prostitutes and see sex work for what it is, an incredibly multi layered and diverse industry".

Let me explain something to you in plain English. I started sex work in the dingiest of dumps in Dublin, working for 'pimps'. Each week I went to the sex workers' clinic held in Haddington road, so I could socialise with sex workers and not feel so alone. Whilst I was there I made some friends for life, including street sex workers, one of whom I chat to online daily. It was those women who stood by my side when I reported a client for raping me, who went with me to the Garda station. It was those women who did me the honour of inviting me to christenings, communions and weddings. To this day, it is those women and their friendship I miss.

I was a law student then, and those women really believed that I would help them. It may be twenty years later but damn right I'm going to help them. I'm going to do EVERYTHING in my power to stop these laws going through and stop those women I loved so much suffer at the hands of 'feminists'. Unlike you, I am quite prepared to shake off my cloak of anonymity if that's what it takes. Because I OWE THEM. I owe them for what they did for me and I owe them for the suffering they have already been through. ENOUGH IS ENOUGH.

So congratulations, both you and SCASE made me cry today. You made me cry for the women of my past, those women who are lost forever, either through sex work or through drug addiction or through sheer poverty. Some got out, with no help from organisations such as yours.

I ought to mention - that last night I sat in a room filled with people in Glasgow to remember the victims of violence through sex work. We cried. We cried for our friends, for our colleagues and for the bloody injustice of it all. Don't let me stop you, go right ahead and press for this law to be passed, but know that you will be placing real women in danger, women just like you and me. I hope you're going to be immensely proud of yourself.

I ought to thank you really, whoever you are. Because once I had stopped sobbing I realised that - it's bigots like you who spur me on to do what I do. When sheer exhaustion kicks in and I'm getting sick to death of the threats, it's women like you who give me that last five percent of strength which says - "keep going". So thank you.

To you the writer and to SCASE, I'm done with you.

To my friends, my fellow sex workers and everyone else I simply adore, Merry Christmas. May you enjoy the rest and relaxation and may we all hit the ground running in 2013.