The times, they are a-Changin' 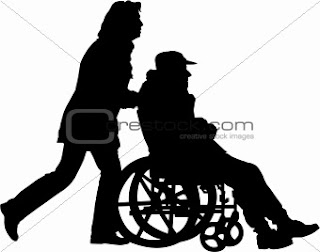 Once upon a time, there was a man I was quite simply mad about. I'll call him D. He supported me through some very turbulent times and never stopped believing in me, even when I couldn't go to my local supermarket without someone shouting abuse at me in the car park. "I didn't know they sell hookers here now ! Is it buy one get one free ?" When you consider that D was raised in 1950's Ireland, then his support was all the more important, because it broke through every societal barrier you can think of.

"Never let these people get to you, hold your head up high. What matters is how you feel about yourself and those around you who will love you regardless." In time, came the shocking news that D was dying, he had terminal cancer and it was a matter of weeks, which very quickly became days. With a huge knot in my stomach, I went to his bed side and was truly lost for something to say. I didn't want him to see me getting upset so I smiled and asked him how he was feeling.

"I'm not afraid of dying, I've made my peace. Besides, the priest was in and I told him to put me down for everything except rape and murder". Thereafter came the explosion of maniacal laughter combined with guttural sobbing and I told him, "I'm going to miss you". His reply is something which will stay with me for the rest of my life. He said, "You may not know this but you were put on this earth to help the underdog. Be true to yourself and make sure you fulfil that promise for me".

D's funeral was hard for me, it was my first experience of death and when I kissed him goodbye as he was laid in the coffin, I thought my heart was going to physically break. I took comfort from the fact that he looked so peaceful, towards the end of his life he was in so much pain that no amount of morphine could take away the permanent frown he had. In death, he looked beautiful, so serene.

I've never forgotten D's words although it has taken me many years to work out what he meant. When D died, I was in the second year of my first degree which was law, and truly, I thought I was going to change the world. Myself and my Uni pals had an idealistic vision of challenging every law ever set into statute, but I was soon to find out that in Ireland, unless you have family in the law or are sleeping with half of the law library, getting briefs is actually incredibly difficult, if not impossible. Since I was already sleeping with half of the law library on a part time basis anyway, it seemed like a futile exercise to chase a career where every time I got to my feet I would look across the court room and be reminded of time spent on my back.

Unperturbed, I dusted myself off and went into financial services, for nine years. That went horrendously wrong in the end and I will write about it in the future, but the time isn't right yet. So the time had arrived, attempt at career number three. What to do ? I decided to go back to Uni and study, since academia has always been a part of my life and I adore a challenge. I'm still studying, and very much enjoying it too.

Through all of the changes, the upsets, the move from Ireland to Scotland and my transition from irresponsible student to semi-responsible mother, the sex industry always called me back. I've retired three times now, and not had a carriage clock yet. Over the last twelve months though, a new transition has begun. I speak to the media. I now know that I have years of experience in the sex industry under my belt and I can speak with authority against those who seek to stop what we do. Finally, I have a knowledge and an area of expertise which no-one can take away from me.

Tomorrow, I'm going to Leeds to film a documentary with Channel 4 about my work with disabled clients and I wouldn't say I'm nervous, I'm terrified, although I know it will be fine once I start. I will be throwing off my cloak of invisibility because what we do as sex workers with disabled clients is too important. The general public need to see what we do, our gentle, nurturing side.

Thank you D. Finally, now I get what you meant and I hope you're proud.