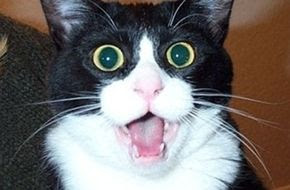 It's been a frenetic week thus far. I lighted back on Scottish soil yesterday and flew up the road to my humble abode to get busy with my submission to La Grant. It's not great, but it hits the main points and campaigning will persist in spite of various offers of assistance towards my demise. Abolitionists really ought to be introduced to the wonders of spell check, not to mention internet security.

My visit to Belfast was wonderful, I thoroughly enjoyed a brief trip to the Christmas market and the usual permutations of perversion. My final client of Wednesday evening was a rather genteel chap and terribly nervous into the bargain. I lit some candles and played some soft soothing music in the background too, hoping that eventually, he would relax. Ordinarily, that combination would work without question, were it not for the room filled with gobshites immediately opposite. Not content with contaminating their own ears with what could reasonably be described as aural torture, they subjected the entire hotel to two hours of what I believe is referred to as 'trance' or what you and I would refer to as music (sic) for those in the middle of a psychotic episode.

Thankfully, it all went quiet, either because they had passed out in a drug induced stupor and were visualising little fluffy clouds or because they had moved onto a club. Suffice to say I was very glad when the time came to embrace my beaming guy and wish him goodnight. Having closed the door, something was bothering me and I knew I couldn't ignore it. It's what I call my spidey sense, essential in the sex trade.

The "Do not disturb" sign, yes that's what it was. Having narrowed my eyes, I peeped through the spyhole and sure enough, there it was. Belfast's answer to "Trainspotting" had nicked my DND sign and put it on their own door. I THINK NOT.

Bounding across the hall, I snatched the sign back and placed it on my door handle. Fait accompli, except now I had a problem. I had left my own room without a key and the door had slammed behind me. SHIT.

I resembled one of the delegates from Lady Marmalade, hair flowing, stockings and suspenders, killer heels and a thong which would cut Swiss cheese. I remembered the wise words of my pal in Brighton and decided that keeping my ass to the wall would be exceptionally wise. There was nothing else to do but wait, and I don't mind telling you, those were the longest 12.457 minutes of my entire life.

In time, a tipsy but perfectly lovely couple emerged from the lift. There was a sharp intake of breath, followed by ...

"Not a problem, give me two minutes".

Mister Lovely Couple went sprinting back down to reception to get a room key. In the interim, Mrs. Lovely Couple managed an entire conversation without eye contact, quite an achievement really.

"Yes, just this, you know. MORTIFIED".

Having gratefully received the new key from Mr. Lovely Couple, I can say with an enormous degree of certainty that I really wouldn't recommend bum sliding up the wall of a hotel to retain any last shred of dignity.