A letter from a an old school friend - part two 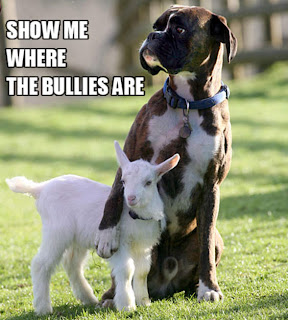 As my regular readers might remember, last year J and I went to Ireland for a week and a hoot was had by all. It was left up to me to fix the intinerary, something I was very happy to do. We visited Dublin and pulled our own pints of Guinness, from there we went to Waterford where J experienced Irish bar life at it's finest. As we headed back up the West coast, I planned two nights in Dingle, Co. Kerry. There were two reasons for that really, firstly I wanted to show J the 'old' Ireland, the shops which sold just about everything to the front and had a tiny little bar at the back, where back then, women weren't allowed. I also wanted him to enjoy the beautiful scenery and the softly spoken Gaeilge of the locals. But there was another motive.

Every summer as a child, my parents would send myself and my two siblings to 'The Gaeltacht' for three weeks. This was a kind of summer camp where fun activities were on offer, the only proviso being you had to speak Irish for the entirety of your stay. That didn't present a problem to me, I loved my native tongue and still do. No, the problem for me was the bullying that went on, and it was severe. I still remember the day we were all brought to Ventry bay for a swim, and several of the older children thought it might be fun to strip me down to my underwear, roll me down the sand dunes and then drag me to the sea, where they held my head under the water for as long as they thought I could take it. This, might I add, was in full view of the course 'facilitators'. Back to the dormitories, where the 'Bean an tí' (woman of the house) would be waiting with a beautiful home cooked meal and a hot shower, she was a lovely lady. I knew though, that my new found happiness wouldn't last, because as sure as God made little green apples I would ascend the stairs to find my bed soaked in water, milk or anything else they could get their hands on.

That pattern of bullying continued through secondary school. Social isolation, constant comments about appearance and weight, escalated to spitting in my hair and throwing my lunch down the toilet. Every human being has a breaking point, and mine came one Friday afternoon after a heavy week of it. I was in the queue at the school cafeteria having just paid for a strawberry milk and a fruit scone, I remember it like it was yesterday. I moved my tray along to the cutlery station to get napkins and one of the biggest offenders, T, walked up and upturned my tray, sending the contents of my tray flying, all over my bag, coat and face. The red mist descended. I'm not proud of my actions that day but I took her down by her hair and leathered her, until two teachers broke it up. After that, although I had a couple of snarky comments, on the whole I was left alone. Is it any wonder that I now enjoy fighting for the minority group of sex workers who are bullied by legislators, the police, so called 'feminists' ?

When J and I were in Dingle I decided to exorcise some demons, so with his full permission, I drove up to the house which I stayed in for many a summer and although it's now a B & B, it's pretty much as I remember it. I spoke to the owners for a bit and then returned to the car. I made it about a mile down the road before pulling into the side and crying my eyes out. I don't mean delicate dabbing of eyes, I mean sobbing. J was wonderful, "You really needed to do that, didn't you ?" He let me have that moment of crying for what might have been and then we continued with our holiday and had a marvellous time.

All of that was pushed very firmly to the back of my mind until I had a message from N, a very quiet and lovely girl I went to secondary school with, who by the laws of 'you couldn't make it up', now lives in Kerry.

"You know I've thought of you often over the years and if I ever hurt you ,I'm genuinely sorry. I know some of the girls were very mean to you sometimes and I should have stepped in and said something but never did ..I'm so sorry."


It's okay N, the fightback began many years ago and is going rather well.