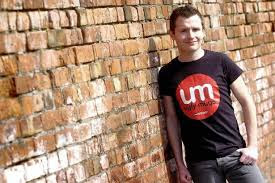 This is a group nomination and we are asking people to give it their support. If you or your organisation will support this group nomination please send an email to personalsafetyday@gmail.com. You can just send you name, or you can also write a personal recommendation that we can attach to the main group nomination.

You give the Suzy Lamplugh Trust permission to use any material sent to them in the course of nominating a person for an award on their website and/or at the awards ceremony, so please don’t submit any private information. (If you are a sex worker, please feel free to use your working name.)

The group nomination is appended below:

We would like to nominate Alex Bryce, Manager of National Ugly Mugs (NUM), for the Suzy Lamplugh Trust Awards for Personal Safety 2013, category Inspiring Individual Award.

NUM provides all sex workers in the UK with a means to report crime and receive alerts about potential dangers. Alex’s day to day work involves introducing new sex workers to NUM, taking reports of crimes committed against sex workers, supporting sex worker victims of crime, and issuing alerts to all sex workers, to help them stay safe and avoid dangerous people and situations.

Having a nationwide ugly mugs scheme is really important, because not all sex workers have a local scheme and many sex workers travel frequently. NUM brings intelligence about offenders who target sex workers together into a national database for the first time. If reporting sex workers agree, details of offenders can be shared with police intelligence, and this information can then be used by police and crime analysts to help deal with and prevent sex crime.

Alex also travels nationwide to train and educate police and others about violence against sex workers. There is strong evidence that sex workers are far more likely to be victims of violence and other crimes than non sex workers and are far less likely to report incidents to the police. Policing can have negative consequences for sex worker safety. Alex works to help police understand the issues facing sex workers, improve attitudes, approaches and practices in regard to sex work, and recognition that sex workers can be made vulnerable by their circumstances and the stigma associated with their work and the police need to work to protect them.

The NUM service is online, which is ideal for reaching the growing numbers of sex workers that use the Internet, but also means Alex has to manage a complex and ground-breaking Internet service with numerous security requirements.

Alex listens and responds to criticism. He further developed the NUM website to include a new number checking service this year in response to feedback from sex workers.

Alex always finds the time to talk sex workers, sex work projects, escort websites, the police, health services, academics, students, politicians and the media, and is a tireless champion of sex worker safety and promoting the well-being and rights of sex workers.

Alex frequently writes articles and engages with the media to raise awareness. He does not shy away from political debate and has spoken out against the Swedish Model and other sex work laws and policies that are problematic and impact detrimentally on the safety, health and rights of sex workers. He calls for legislation that has a solid evidence-based foundation, and works to promote the Merseyside Model of crimes against sex workers being treated as hate crimes, which has been highly successful in improving sex worker safety. He recognises the harm of continued stigmatisation of sex workers and works to educate people about sex work, dispel myths and end discrimination.

NUM was launched in July 2012, with one year’s pilot funding from the Home Office, with the aim of making the lives of sex workers safer and bringing to justice those who commit crimes against them.

Initial research has established that already many sex workers are benefiting from NUM and working more safely as a direct result of NUM alerts. NUM now has over 1,200 individual sex workers directly signed up and over 250 organisations offering frontline support to sex workers potentially reaching tens of thousands of sex workers. The NUM Pilot Evaluation found that as a direct result of NUM alerts and warnings 16% of sex workers had avoided a specific individual or refused a booking. NUM has also led to the arrest and imprisonment of numerous offenders, including violent robbers, rapists, fraudsters and serial offenders. This has all been achieved on a limited budget with a very small team of two.

Alex is absolutely dedicated to helping and supporting sex workers and frequently goes above and beyond to help sex workers, including personally acting as an intermediary between sex workers and the police where he can help.

Alex has also had to take on the challenge of fundraising to keep NUM up and running since its initial pilot funding ran out after the first year in May 2013. Alex has managed the NUM scheme since the outset, with only one other staff member, Kerri Swindells, to assist him.

NUM is a pioneering project that provides vital practical help and support to sex workers. Alex has worked tirelessly since the beginning to run and promote NUM, raise awareness of crime against sex workers, and promote sex worker rights and well-being. The work of NUM is also bringing justice to offenders that pose a risk to sex workers and all members of the public.

We believe Alex deserves this award for his unwavering commitment to NUM, and his fantastic achievements to date. It is also of vital importance that the work of Alex and NUM is now recognised. Sex workers are a minority group who are disproportionately targeted by criminals. For too long the safety of sex workers has not been addressed and this has had terrible consequences for sex workers and wider society. Alex and NUM can save lives.

Please help us achieve support for this group nomination by re-blogging this on your own blog if you have one, posting about this on twitter or other social media you use, and emailing people you know who might be supporters to ask them to add their support.