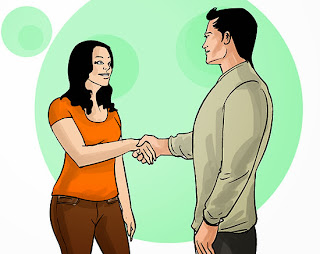 Tomorrow I head into the abyss which is - no home broadband for ten days. Counselors are on standby, I simply don't know what I will do when the ability to go onto Mumsnet and start a fight is taken away. This horrific state of affairs is because I am moving house, something I'm looking forward to in terms of the new property, but in the interim, I really wish Boy Cat would grow tired of the 'pouncing on the black sacks' game.

The run up to the move has been stressful beyond belief, I just hate mayhem, and right now my house looks like the aftermath of a particularly vicious tornado. I'm going to let you into a little secret, guess who has been keeping me afloat for the last little while, listening to me whinge and bemoan life ? Those pesky clients, that's who. Those men who routinely 'abuse and disrespect' us have come up trumps. Some of my guys have been with me for years, and it is, I suppose, quite unavoidable that a friendship develops on the back of that, particularly when you spend long periods of time together.

What I wasn't prepared for though, are the lengths these friends are prepared to go to, it astounds me that they care so much, and I feel very honoured. Right now I am the proud owner of not one but two pairs of glasses, all because one of my guys got sick to death of seeing me squint at the television and books. He frog marched me down to the opticians and made sure I had an eye test and picked up the prescription too. We're still negotiating on a hearing test, those who know me well will tell you that if there is any background noise I am stuffed, and have been known to watch people's mouths to catch what they're saying.

One of my guys has been my backbone, in terms of many forms of support, but most importantly, he has given me the self belief to go out there and speak in public, albeit rather nervously. Thank you, J.

M is a plastic surgeon, and has offered me botox injections to lift my eyebrow where it has been damaged by my abusive ex.

D is a gym bunny, he knows I really want to shed quite a lot of weight and he has offered to train me on a one to one basis, to optimize fat burning and provide motivational support too. I think that means he's going to shout at me, which will be fun, because it's usually the other way around. He's also big into nutrition and healthy eating, so he's going to show me how to 'juice' and make simple meals from fresh food. Apparently, you can cook without checking the back of a packet for the number of minutes in a microwave, who knew ?

I'm so very grateful to have a job which has introduced me to such wonderful human beings.

See you all on the other side of no broadband hell, I'll still have my iPhone so all is not lost but still, I'm using these last precious hours to google internet withdrawal syndrome.