A letter to the Irish Examiner 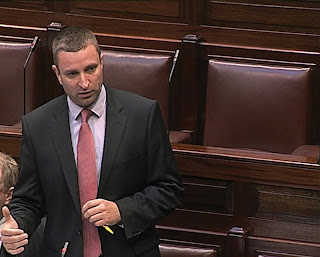 On August 22nd you published an article in your paper entitled - "People who trivialise prostitution ‘ignorant of reality’." The piece included several quotes from Niall Collins TD, around his encounter with street sex workers in Limerick.

Firstly, Mr Collins states that "In Sweden, prostitution has reportedly been reduced by 70% through legislation." That is both erroneous in fact and hugely misleading. There is no evidence from Sweden whatsoever to suggest that overall prostitution has been reduced, other than a small reduction in street prostitution. In itself street sex work is but a tiny part of a huge industry. In many cases the sex workers simply moved from the street to an indoor place of work where, arguably, they are in more danger as they cannot rely on each other for support. To make such a bald statement as a '70% reduction' is, simply, wrong - especially since the Swedish Police's final report on Prostitution and Trafficking published in February 2011 showed a 569% increase in reported cases of the purchase of sexual services between 2008 and 2010.

Secondly, Mr. Collins goes on to say, "People should realise 99% of these women have been abused and trafficked into this country." It would be interesting to see if he has any evidence to support this figure as, I can say without a shadow of a doubt, during my twenty years of experience in the industry I have never met a trafficked or abused sex worker in Ireland. On any given day there will be between 800 - 1,000 sex workers advertising online, many of them from countries other than Ireland. However, that's not to say that they are abused or trafficked; a distinction needs to be drawn between a 'migrant' and a 'trafficked' sex worker.

There is no doubt that there are issues surrounding some street sex workers such as drug addiction and poverty, but these are exacerbated when further criminalisation is introduced, because outreach services struggle to reach those workers who do so badly need help. With regard to the assertion that the sex worker Mr. Collins spoke to was 14, it should be noted that there is no such thing as an underage sex worker, only a child victim of rape, and I do hope Mr. Collins has taken the necessary steps and called the Gardai.

The solution for Limerick is a tolerance zone, away from the city centre, where the Gardai can work with the sex workers rather than against them. This model has shown to be very successful in Merseyside, where the crime rate has plummeted along with other associated anti-social behaviours.

It is impossible for any society to completely eradicate prostitution, what is required is a sensible approach to protect the most vulnerable and ensure that the safety of all is paramount.

Labels: Irish Examiner, Legislation, Magdalene Laundries, Proposal for a Bill to make it an offence to purchase sex, Prostitution, Ruhama