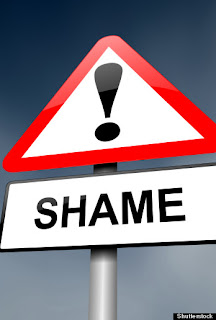 It was with a sharp intake a breath that I read The Sun this morning. They had outed a sex worker and printed her pictures together with detailing some of the photographs from her Facebook album entitled 'My Family'.

In my experience, they don't tend to out sex workers as a matter of practice any more, there has to be an additional journalistic 'hook', such as that they work part time in a school, (because we couldn't have sex workers in contact with children, now could we ?) or in this case that the lady concerned is related to some Scottish aristocracy. In any case, it doesn't matter, it's still wrong. If you believe that by putting your pictures in the public domain, you are no longer entitled to any privacy then what is to stop me going on to say, 'Adult friend finder' and publishing the pictures of every couple in Glasgow looking to meet a third party for fun ? Here's what would stop me, common decency. I believe that every adult has the right to privacy, and when two consenting adults meet for sex behind closed doors, whether or not money changes hands, it is none of anyone else's business.

Last year, I made the decision to out myself, to further the advocacy I do and because I became sick to death of reading and hearing the lies the anti's were spinning. It's not a decision I regret, but therein lies the crux of it, it was my decision, just as it needs to be the individual decision of every sex worker, because the ramifications can be immense. Having been involuntarily outed twice in the past, I thought it might be worth considering just some of the possible outcomes, from my personal experience.

1. I worked in a bank, and they collected 'evidence' against me to contribute to the reasons as to why I ought to be sacked, including one customer who, in referring to a recent spate of fraudulent phone calls said - "If she is involved in that sort of thing, what's to say she's not in with those robbers ?" Yes, because sex workers are thieves too, it goes hand in hand. The fact that I had worked in financial services for nine years with an impeccable record was by the by.

2. Immediate concerns were raised about my parenting skills and 'someone' called social services. They were a part of my life for six months, but in the end backed off because I could show that I never worked from home, didn't have a dungeon in my cellar and my daughter is one of the most well adjusted loved little people you'll ever meet.

3. I walked into restaurants with my daughter where there were maybe two tables out of twenty sitting, only to be told they were 'fully booked'. Clearly, having me as a patron would be bad for business.

4. The locals in my town took to social media platforms to openly discuss the 'confidential' investigation which was going on with my employers. The fact that doing so breeches just about every clause in their employment contract was immaterial.

5. Grown adults began to bully my daughter, who was just seven at the time. Yes, apparently when her mother had been outed as a sex worker, it was okay to exclude her from birthday parties, social outings, leave her alone in the playground and let's not forget the lovely man who told her - 'Your mother is going to die of AIDS'.

There were times, through that dreadfully dark period, when I really thought I was going to have a breakdown. As a single parent, and when your on and off partner of many years has left as soon as the going got tough, that wasn't an option. I just had to keep going.

I sincerely hope that the lady exposed by today's tabloids doesn't experience half of the stigma and hatred that I did, and I hope she finds that strength, holds her head up high and gets on with it, nothing annoys The Haters more.