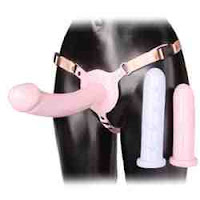 I stirred gently as I felt the covers move and his hot breath on the back of my neck. I squirmed with pleasure as his tongue explored the nape of my neck and then the back of my ear. I had locked the front door last night, I was sure of it so how did he get in ? That didn't matter now as I began to moan softly and writhe with the mounting pleasure I was feeling. Wave after wave of anticipatory shivers hit me as I began to turn over and find him with my mouth. I willed myself to keep my eyes shut as I wanted to explore this beautiful stranger with my finer senses to begin with. His mouth found mine and his tongue began to explore the inside of my lips............

What a start to the day. I was musing earlier about some of the disasters I've had in my time, feck, they alone could make an entire year in the degree course at the school for escorts. For instance I haven't heard from the cute and very fuckable man I met a wee while ago on an outcall in Glasgow. Oh dear, that one went badly wrong.
He enjoys strap - ons you see. Now, the secret with any type of anal pleasure is usually start small, start slowly and use lots of lube. Sounds easy enough, surely ?
How could you possibly get that wrong ? Oh trust me on this, if there's a way I'll find it. He was a little nervous when we met at first so I gave him a nice massage to begin with and then we moved onto the main course.

I donned my strap-on and perched behind him. I started off just perfectly, nice and slowly. My client was loving it, moaning and gripping the quilt.

So I started to pick up the pace and was really getting into a good rhythm when it happened. Have you ever had a cramp in your leg that was so sudden and so sore it literally makes you buckle ? Well that's what happened, except I was on my knees at the time and had to kind of dive to one side. Cue a high pitched squeak from my client as he shot down the bed like his pants were on fire.

"Right, it's just I wasn't expecting you to take it out sideways."

Oh dear. Actually he's texted me since then so I know he's still speaking to me, and I'm sure when he removes himself from the rubber ring and frozen peas he'll be in touch to arrange another booking, ahem.

I'm on tour at the moment and I had a wave of nostalgia today. My very old friend Jane got in touch and I've not heard from her for such a long time. Way back when, we used to tour together and what a larf we had. She's long since retired and married now with kiddies, but every so often we get together for wine and nibbles and to remember the laughs. Jane and I toured back when escorts were really relatively new to my native homeland and in particular to small country towns. So we had the pleasure of meeting gentlemen who hadn't seen a woman ( much less a bath ) since 1974.

We were laughing so hard today I almost crashed the car, because we were talking about a particular gentleman Jane had the pleasure of on one occasion. It was evening time, and myself and the other lady we were with had just taken delivery of a chinese and were merrily scoffing away and watching TV after a long day's work when the door burst open and in came a semi naked Jane having hurtled down the stairs from the bedroom. She was bent over and retching.

"Oh my God, that man's body odour would bring tears to your eyes, and what's worse, I turned him over and he still had some pink toilet paper stuck to his arse."

Well, we went into convulsions and although I know Jane wasn't amused in any way, shape or form at the time, she saw the funny side later.

Anyway, I'm in Dundee for today and tomorrow and I feel absolutely dreadful, very fluey and achey. To be fair, I have said to all of my clients that I'm not very well because they need to know in case it's swine flu. The response from my guy who has booked a two hour incall tomorrow ?

There's really no answer to that, is there ?